Today is World Mental Health Day, and this year is a landmark anniversary. First held in 1992, today is the 25th day dedicated to raising awareness of mental health issues, and to fighting the still-associated stigma.

It is a measure of the progress made over the last quarter century that mental health is now a subject that accrues column inches the whole year round; the prominent Time to Talk and Heads Together campaigns have provided momentum, and even Prince Harry rallied to the cause, which all helps dissipate old prejudices.

In this way, real progress is being made is in the fight to overcome stigma, which sees misplaced attributions of shame that have long been an impediment to those suffering.

Another front in the struggle for mental health is the ongoing effort to ensure that, once people do seek help, they are not let down by a system that fails to provide it – and provide it quickly.  In practice, this means rising to the political and logistical challenges of maintaining properly funded and adequately organised mental health services available via the NHS, where progress has been made.

Waiting times remain a problem in many localities, and funding is one aspect of this – but blaming everything on politicians is too simplistic. The evolution of NHS psychological therapy services remains behind their physical health counterparts; they came into being far later, which is why successive governments of all stripes have backed unprecedented levels of investment in the Improving Access to Psychological Therapies (IAPT) Program, that has trained thousands of new therapists since launching in 2007.

And while governments have a responsibility to properly fund mental health services, the managers and clinicians working in them have a parallel responsibility to make the best use of this funding. In this respect our judgement should not be harsh. Partly as a result of IAPT, our NHS services are fortunate to have some of the most devoted and highly trained therapists in the world, who through their commitment and their skill are making a profound difference to the lives of their service users. 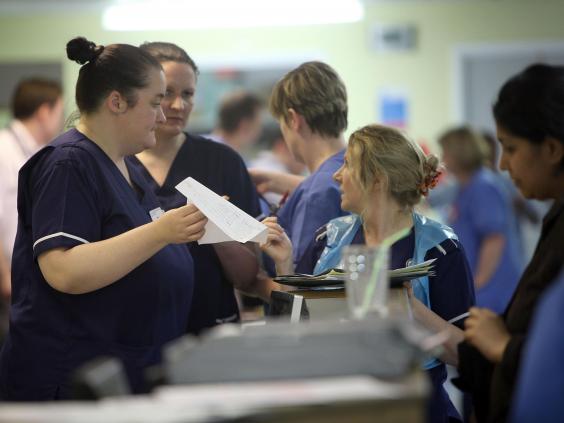 The NHS is already at crisis point, and could not cope with treating one in four people (Getty)

But if we have seen a stepped shift in funding for primary care mental health services, and have some of the world’s best people working in them, why has the prevailing narrative on NHS mental health services remained one characterised by complaints about waiting times, accessibility, and responsiveness?

The simple fact is, whatever marginal gains are slowly, painfully won ‘on the ground’ in the struggle for mental health, there is another reality driving waiting times. It is a reality that must be confronted if we are to truly address the issue of mental ill health – and that is the sheer scale of the problem.

The reality of it is that one in four adults will experience a mental illness at some point each year in the UK. Something we never hear is that we only expect to help 15 per cent of them. A decade ago, when the IAPT program was launched – and heralded as a revolutionary initiative to raise therapeutic capacity on an unprecedented scale – the national target was never to ‘meet need’ or even to get close to doing so. Instead, it was to increase NHS-commissioned capacity so that it could provide therapy to the 15 per cent of people who could benefit from it – 15 per cent of the one in four prevalence

Despite being rightly presented as a leap in the right direction, this was also a compromise target, grounded in pragmatic recognition of the low base starting position. On the face of it, an ambition to treat 15 per cent of people in need seems unacceptable. Imagine the outcry if it was openly stated that only 15 per cent of cancer patients, diabetics, or people presenting at A&E with a broken leg would be funded via the NHS.

But here again, context is king; one in four of the UK’s adult population is roughly 13 million people. When we pause to consider the issue, it is apparent that we are talking about huge numbers. If all thirteen million came forward, our present NHS system would be catastrophically overwhelmed; it is simply not architected to accommodate demand on this scale. 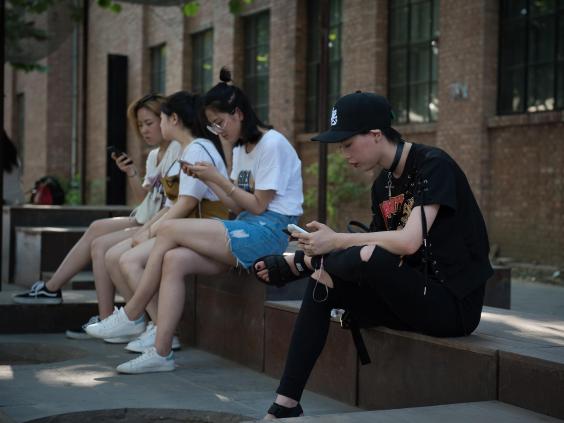 Social media, and Instagram in particular, has a damaging effect on society’s mental wellbeing (AFP/Getty)

It is in this context that we should consider the unspoken question in the struggle for mental health – why? What is causing mental ill health on such a scale? And what can we do about it?

These are difficult but important questions, and answering them involves confronting another uncomfortable possibility: what if modern life is incompatible with mental wellbeing for most people? What if the age of technology and globalisation that we are living through is driving a negative sea change in the wellbeing of our communities? After all, we have seen a financial crisis, falling real incomes, rising levels of temporary employment, the ‘middle’ squeezed, a housing crisis and a myriad other economic and social upheavals in recent decades.

On top of this, social media has entered our lives, opening us up to more information and opportunities, but also more scrutiny. The gap between the lives that most of us actually lead, and the gilded lifestyles we have access to via the media, Twitter or Instagram, and aspire to, is bigger than ever before. It has even created a modern anxiety – Fear of Missing Out Syndrome (Fomo) and we are increasingly trying to make sure we don’t miss out by hooking ourselves to the credit drip.

In past generations, it was just the mortgage that had to be paid monthly; now we have regular payments on credit cards, store cards, cars and even the smartphones that have perpetuated our ‘always connected’ cycle, and extended the reach of the office beyond the traditional nine to five.  Modern life is full, breathless and packed with new pressures. Maybe in the face of these pressures, it is natural that anxiety and depression are on the rise. Modern lifestyles are simply incompatible with positive mental health for some people – for most people, even. We are extending the fringes of human experience and fraying around its edges.

Of course, mental health issues have always existed, even when they weren’t recognised as such; bouts of sorrow drowning in gin houses may have been ascribed to fecklessness a century ago, whereas now we might use a modern day equivalent like ‘self-medicating’, and we must be careful we don’t ‘over medicalise’ a generation of children by teaching them that it’s unnatural to be sad occasionally. But the underlying causal dynamics are undoubtedly shifting. Understanding them will be critical if legislators and policy makers are to respond to the problem effectively, because we do have a problem here in the present, and must steel ourselves to deal with it. 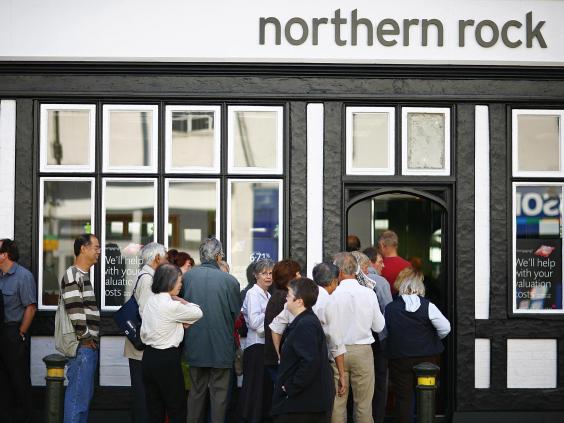 Falling incomes, rise of temporary employment and the housing crisis all contribute to increased anxiety (AFP/Getty)

But how to do this? How do we get back on the front foot in the struggle for mental health in modern society? This will require us to be clear-eyed about the scale of the issue, and prepare ourselves for a long haul. True prevention may even require a paradigm shift in the balance of our current social and economic structures, and wheels of this size naturally take time to turn. While they are doing so, we must continue the struggle on all fronts – starting with prevention to the fullest extent possible, but also backing our NHS so that it is equipped to meet the challenge wherever it is not.

Although 2017 is the 25th anniversary of World Mental Health Day, it is just the 10th anniversary of IAPT.  In the lifecycle of system change on the scale required, that is the blink of an eye, and dissatisfaction with current NHS services is more a symptom of our stage in the journey, rather than an indication that the direction of travel is wrong.

Plans are now being mobilised to amplify NHS-commissioned primary care therapy, so that it is equal to treating 25 per cent of prevalence by 2020. This is good news, and while this is happening it is appropriate to remember that each of us as individuals also have the power to contribute in this struggle, and do our bit towards building community resilience.

Such is the scale of the issue that it is a rare and fortunate person who is not affected by mental health at some point in their lives, whether themselves or a family member or a friend.

We can help by challenging pejorative attitudes to mental health issues whenever we encounter them, by remembering and including neighbours, friends or relatives who may be lonely or depressed, by easing the burden of each other’s many modern pressures with greater consideration, tolerance and understanding in the workplace and the home.

Little day-to-day kindnesses are important; they can have the power to change lives – even to save them. The modern struggle for mental health will be a long and difficult one, but on this day we should take comfort from the knowledge that we are all of us together capable of turning the tide in this struggle, through the simple power of compassion.

Richard Carlton-Crabtree is director of services with Insight Healthcare. Insight is part of Concern, the Mental Health and Wellbeing Group and the UK’s largest non-NHS provider of primary care psychological therapies