On October the 1st, Generations The Legacy actor Vuyo Dabula made a post on his social media page alluding to the fact that a certain Sebokeng prophet known as Paul Mpobole owed him money, and had refused to get in touch.

The prophet has however reaponded to Vuyo’s claims, denying that he owes Vuyo any money.

“Don’t lie we had no contract whatsoever with u,,u came to meet with us to discuss an official appearance hence the petrol money u accepted,” he said. 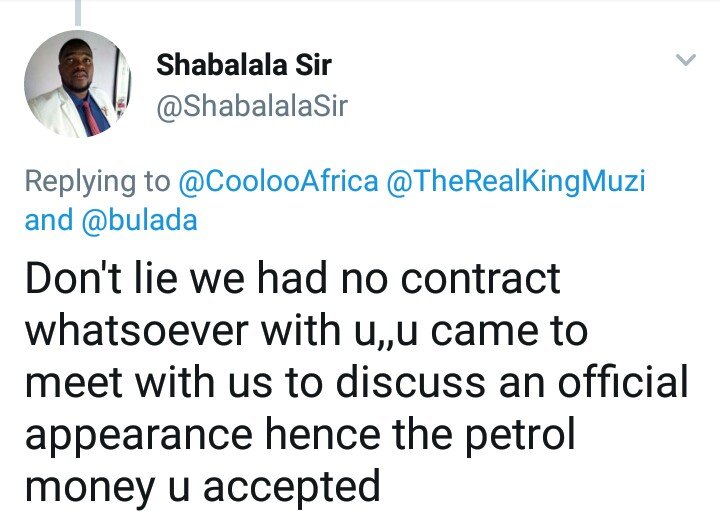 He added that Vuyo was doing this to tarnish the church’s image.

“Trying to tarnish our church with lies won’t get u anywhere, u need prayers. He got his R1,000 petrol money as per agreed upon,, we do’nt know wat else do weowe him,, isn’t Gen_legacy paying enough?”