According to New World Wealth,  here are the 10 greatest business men and woman in South Africa’s history.

Criteria for ratings included impact on South Africa and the world, innovation, jobs created, and ability to overcome obstacles.

Sol Kerzner’s impact on South Africa has been massive. Many of the top luxury hotels and resorts in the country were built by him. Some notables include Sun City, the Lost City, Sandton Sun, Beverley Hills Hotel, the Elangeni and the Beacon Island Hotel.

What is interesting about these hotels is not so much their success, but rather the impact they have had on the surrounding areas.

For instance, when the Beverley Hills Hotel was built in 1964, Umhlanga was a tiny resort town that most people had never heard of. However, the hotel’s success drew large numbers of wealthy people to the area and Umhlanga eventually became the main holiday hotspot for wealthy Joburgers in the 1970s, 1980s and 1990s. Then in the 2000s, Umhlanga overtook Durban to become the top prime area in KwaZulu-Natal for wealthy people to live and work.

The Beacon Island in Plettenberg Bay (“Plett”) is a similar story. When the hotel was built in 1972, Plett was still a small village. However, after its success the town took off and Plett now ranks as the second top home hotspot for the super-rich in South Africa.

Last, but not least, is of course Sun City. The resort, which was built by Sol Kerzner in 1979, set the benchmark for casino and golf resorts worldwide. The resort includes the spectacular Lost City, which was added in the 1990s. 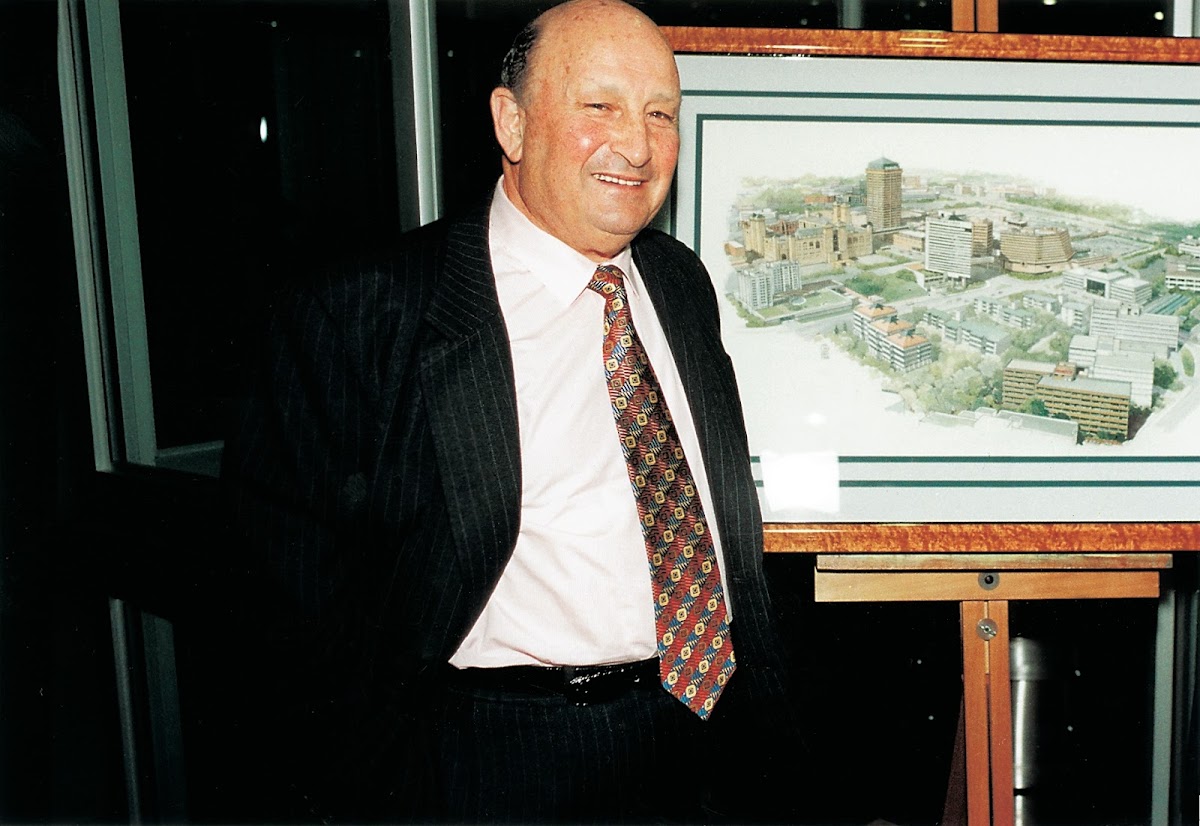 Despite the many obstacles of the Apartheid government, Richard Maponya became a beacon of hope to the people of Soweto, starting several successful business in the area (predominantly in the retail and property space). He recently helped to develop Maponya Mall, which is one of the largest shopping centers in the country.

Harry Oppenheimer led South Africa’s two biggest companies (De Beers and Anglo America) through their most successful years and created more jobs than any other South African businessman in history.

Harry Oppenheimer and his wife Bridget were also keen horse breeders. They bred Horse Chestnut, which is arguably the most exceptional race horse ever bred in South Africa. Horse Chestnut was known for winning races his by large margins – he won the J&B Met by over 8 lengths.

Pam Golding formed Pam Golding Properties in 1976 and turned it into the largest estate agency in the country. Her company has since gone onto transform the luxury residential landscape in South Africa, especially in Cape Town’s Atlantic Seaboard.

Adrian Gore founded Discovery Health in 1992. His company went on to change the health insurance space in SA forever, with innovative products such as Vitality. Many insurance companies overseas have now begun to copy the Discovery model and Discovery themselves have taken their products abroad with good success.

Dr. Nthato Motlana is ‘the renaissance man’ of South Africa, with successful careers in politics, medicine and business. He was the founder of NAIL and a mentor to many of the top business leaders in South Africa today. He is considered by many to be the father of economic empowerment in South Africa.

After a successful career as a lawyer at Bowman Gilfillan, Motsepe founded ARM (African Rainbow Minerals) in 1997 and turned it into one of the largest mining and mineral groups in the world. He has since diversified into a number of other key sectors.

Dr. Anton Rupert founded the Rembrandt Group in the 1940s. After initially focusing on the tobacco industry (Peter Stuyvesant), his company soon moved into industrials and luxury goods. Rembrandt has since been split into Remgro (an investment company with financial, mining and industrial interests) and Richemont (a Swiss-based luxury goods group).

Rupert was also a founding member of the WWF (World Wildlife Fund) in the 1960s.

His son Johan has since turned Richemont into one of the largest luxury goods companies in the world.

Douw Steyn founded Auto & General Insurance in 1985 and turned it into one of the largest insurance companies in South Africa. He has since started similarly successful businesses in the UK (Compare the Market, Budget Insurance). He recently helped to develop Steyn City in Johannesburg, which is one of the most impressive residential estates in the world.