Sunday, 3 December 2017 will mark the 50th anniversary of what has been called the greatest medical achievement of the 20th century.

The world’s first ever heart transplant, performed at the Groote Schuur Hospital in Cape Town, South Africa, by the pioneering surgeon Professor Christian Barnard. The story of Barnard’s success is the stuff of legends. Fighting an uphill battle against the Apartheid regime, ethical questions over the time of donor death, and a comparatively under-equipped hospital, Barnard performed the successful operation against all odds. 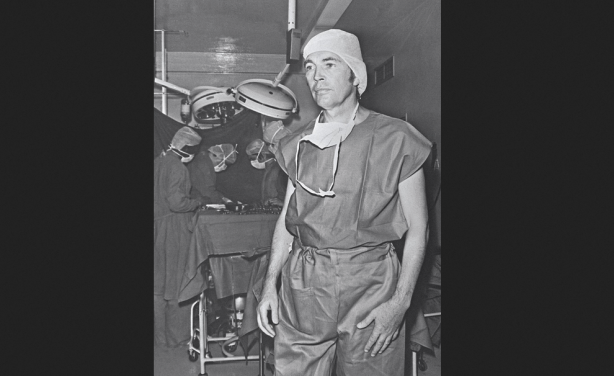 Due to the success of the operation, the world’s media thrust Barnard into the spotlight, making him an international superstar overnight and linking him to prominent figures such as Pope Paul VI, Sophia Loren and Princess Diana.

Now, to celebrate this monumental achievement, South African-owned international production company Karoo Films has announced that it has started production on a movie about Professor Chris Barnard and his monumental, world-renowned feat.

The film will be shot on location in and around Cape Town, with pivotal scenes taking place inside the original theatre in Groote Schuur Hospital, in which the now famous operation took place and which has been restored to its original condition.

Thanks to the significance of the event and continued worldwide interest in Chris Barnard, the movie has attracted a number of international partners.

As a result, Karoo Films has secured worldwide distribution through a London based company, ensuring that the movie and the iconic deeds of Barnard will be seen and celebrated globally. In addition, the movie has found a home with a local theatrical movie distributor and is currently being considered by a local television broadcaster.

Producer Robert dos Santos and director Byron Davis have announced that shooting will commence in September 2017 and that casting is currently underway.