A South African deputy minister who assaulted a woman at a nightclub weeks back has resigned his position, the presidency disclosed on Saturday.

The assault which occured at a nightclub in Johannesburg happened a few days before the country observed the National Women’s Day on August 9 – a commemorating the 1956 women’s protest march under the apartheid government.

I should have exercised restraint. That shameful incident should not have happened.

He formally issued an apology for his actions. “I should have exercised restraint. That shameful incident should not have happened,” Manana said in a statement, adding that he will cooperate with police. 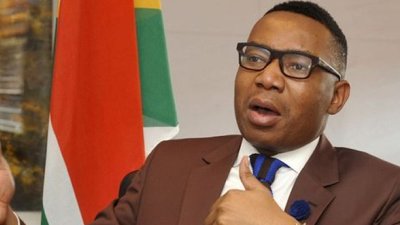 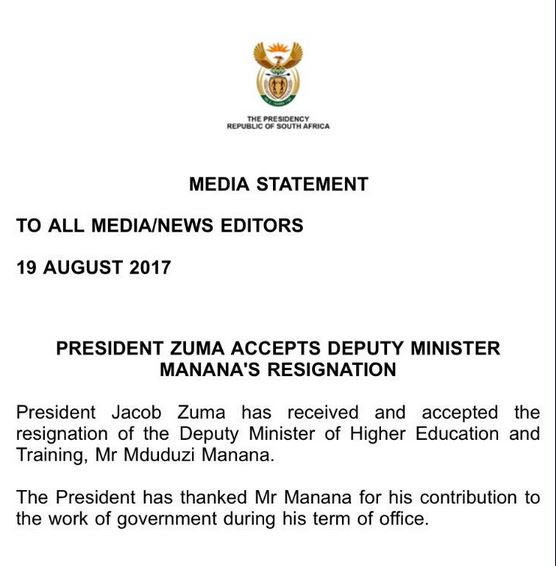 BREAKING NEWS: #MduduziManana, who is accused of assaulting a woman resigns.

The main opposition party the Democratic Alliance called for Manana to step down. President Jacob Zuma is on record to have described violence against women and children a national “crisis”. Zuma said at the time that he was disturbed by the incident involving Manana.

“The South African Government has made violence against women a priority crime,” Zuma said in a statement.

“Women have a right to safety and security and must not be attacked or abused by anyone, anywhere in the country, regardless of the position of the either the perpetrator or victim. South Africa must be safe for all women.”

South Africa has a high rate of violent crime and a string of grisly murders of women and children earlier this year sparked outrage.

The police ministry confirmed that a case of assault was being investigated against Manana. He appeared before a court days after the incident. The police said they were bent on following through the case to its logical conclusion.

“The police must be given space to investigate this case without fear or favour, no one is above the law irrespective of their position in society,” said Police Minister Fikile Mbalula.