The Bat-eared Fox is the only canid to have largely abandoned mammalian prey in favour of insects.

Characterized by large dish like ears and grey-black markings, the bat-eared Fox lives mainly in the open grasslands and grassy deserts of Southern and Central Africa. 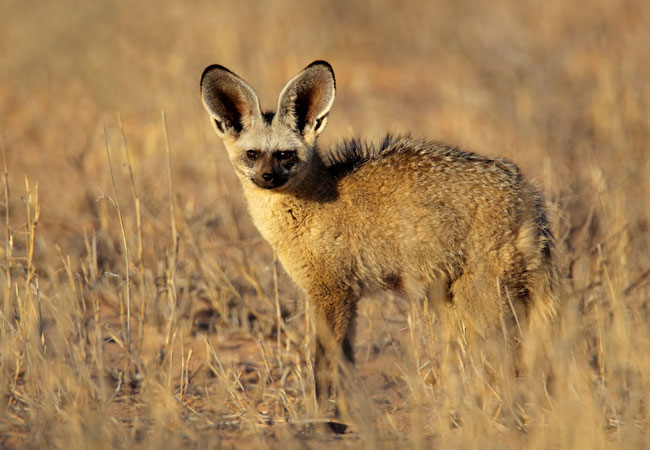 There are two primary populations; one in South Africa and the other in East Africa.

Nocturnal animals, Bat-eared foxes live in pairs and both partners rear the cubs. They are mostly monogamous and breed every year, giving birth to two or three pups.

After a gestation period of two months, the female gives birth to 2-3 young.