George Airport in South Africa is not only Africa’s first solar powered airport, it is also the second of such in the world after India’s Cochin airport. 2000 solar panels provide 750Kw of energy daily which exceeds the 450Kw the airport needs to run its activities.

“Gone are the days when power failures used to a be a big thing for the airport. We no longer have those, said Brenda Voster, Airport Manager.

The solar facility which cost about $1.2 million to build has so far helped airport reduce its carbon dioxide emissions by 1,229 tonnes, the equivalent of 103,934 litres of fuel.

Also, there are plans to increase the capacity of the power station by an extra 250 Kw.

“We’re quite excited about us embarking on phase two. Phase two I should say in all probability, will, have the back-up battery facilities where we can then store any solar that we generate through the day that we are not using,” Brenda added. The busy travel hub handles about 700,000 passengers annually. 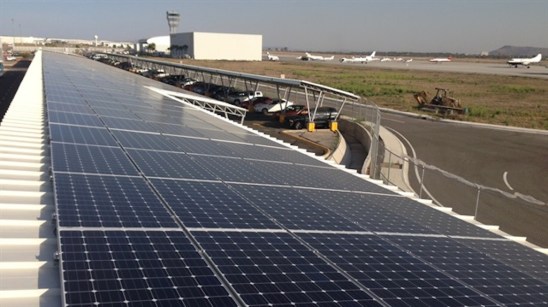