President Cyril Ramaphosa emerged from a BMW SUV with his full security entourage and stepped onto the trash-laden‚ gang-ruled streets of Cape Town’s Hanover Park.

Crowds of people‚ young and old‚ gathered to see the president. Hundreds of police officers surrounded the area‚ with army snipers set up on rooftops.

“Where are the gangsters?” asked the president. “I want to meet them. I want to take them on‚” he said with a laugh. The crowds cheered.

Ramaphosa was in Hanover Park on Friday morning to meet the residents of the dangerous suburb and to announce his gang police task force initiative.

The president walked about the streets of Hanover Park to shake hands‚ kiss babies and make his stance against gang violence clear.

“We are very happy to be here amongst you‚” he said. “And we are happy to silence the gangs. Our presence here shows the gangs that we are not afraid of them and we are coming after them.”

The president led a chant with the crowd: “Down with the gangsters! Phansi!” 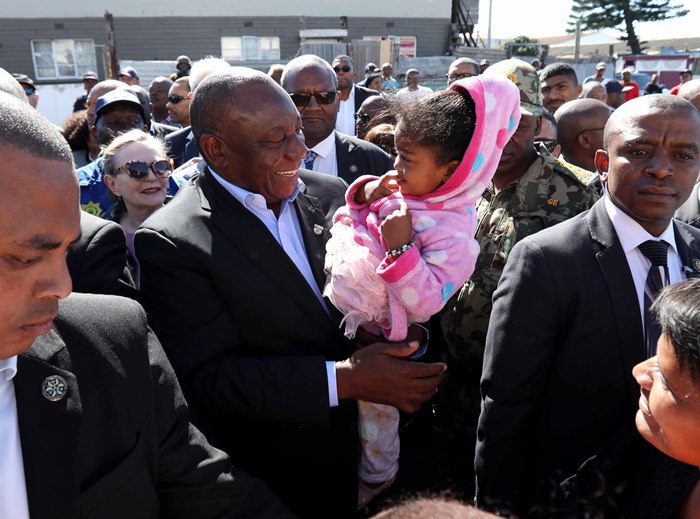 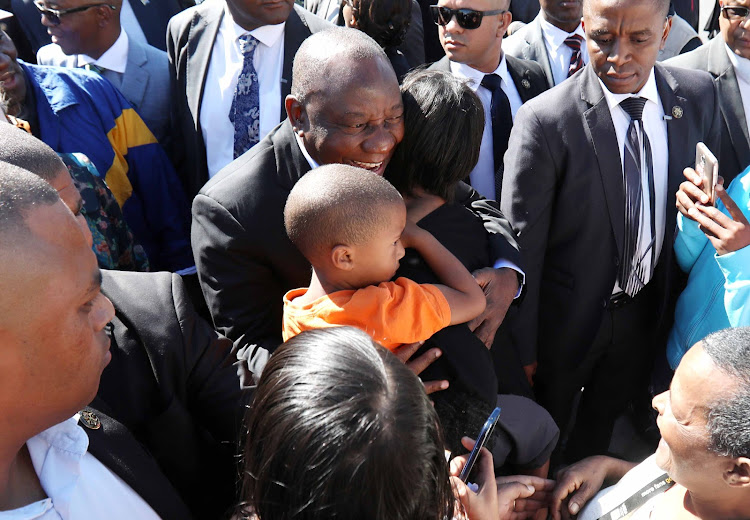 He continued: “Gangsters do not belong amongst our people.”

The same woman replied to the president: “Your political party does nothing for us!”

The woman’s son is a gangster‚ and she was adamant that putting the gangs in jail will do nothing to change the neighbourhood.

“We need housing!” she said. “Every neighbourhood around here got government houses except us. We need jobs. My son is a gangster and he is at home doing nothing.”

The president continued his walkabout‚ and assured people that the task force will find the gangsters and put them in jail.

A group of young men watch him from 3m away and laughed. “We like the president‚” said one of the men. “There is peace. No shooting today. He should come every week. Usually there’s killing‚ every day‚ all the time. Not today.”

These men are all gang members. They found the president’s plan amusing.

“If they send us to jail‚” said one. “We will just leave and come back. That’s what will happen.”