Veteran actor Joe Mafela’s tombstone at Westpark Cemetery in Johannesburg got most people talking because its look and the amount of money they must have spent in making it. However, did you that Mafela’s tomb isn’t the only lavish SA celeb tombstones? check out these three tombstone.

1. Racing car driver Gugu Zulu’s tombstone not only looks like a sign post from Kilimanjaro, where he died, but also contains intricate artworks of his life.

2. In remembering Mandoza, a gold statue of the kwaito star with his signature black shades is enclosed in a polished framed structure.

3. Skwatta Kamp rapper Flabba Habedi was honoured with a tombstone that seemed to levitate. A series of ‘floating steps’ lead up to the main stone where a qr code has been placed below a stone portrait of the musician. 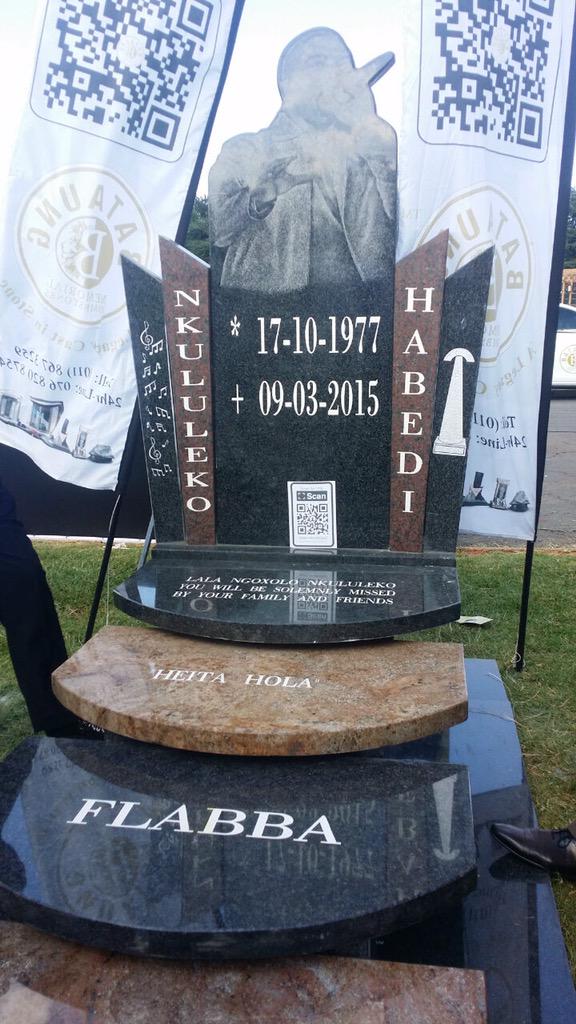