Disputable and anti-President, Pastor Phillip Mugadza said he will challenge in the following Presidential race as an autonomous possibility for Gutu South voting public seat in Masvingo area.

As of late, Mugadza has been an eminent extremist taking the Mugabe administration head on, blaming it for running down the nation.

He has never concealed his disdain for Zanu PF legislative issues and early this year he was captured when he guaranteed that God gave him prescience that Mugabe would kick the bucket on the seventeenth of October. 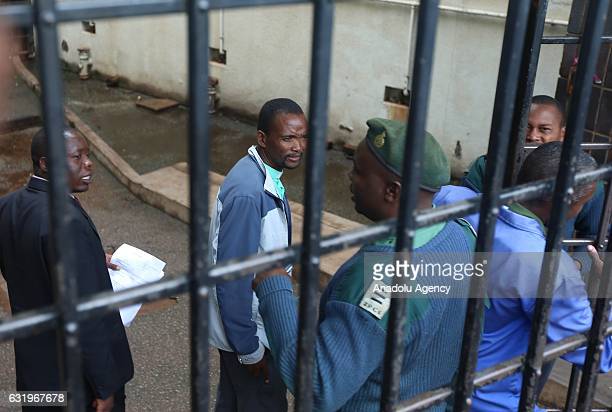 Four days before the date, Mugadza pulled another shocker saying the death had been “postponed”.

Mugadza rose to fame in December 2015 when he staged a one man demonstration in the resort town of Victoria Falls during the Zanu PF conference.

He has, on numerous occasions, staged demonstrations at the Africa Unity Square wearing a sack, carrying the cross and sometimes chaining himself to a pole calling Mugabe to step down.

In an interview, Mugadza, who is the leader of Remnant Church based in Kariba, said he was tired of writing letters and petitions to Mugabe without any response

“I have tried on numerous occasions to meet Mugabe but I have been blocked to do so by his aides,” said Mugadza.

“Time to complain is over, I have seen many people suffering for the last two decades, and now it’s time to meet him and his party in Parliament.”

Mugadza added, “I have tried to raise these issues with Mugabe but his attitude shows that he doesn’t care.”

“The First Family don’t care about citizens; look how poor villagers were chased away in Mazoe at Manzou and Arnold farms where they have been staying for the past 17 years.”

Because of financial constrains Mugadza said he will be using a bicycle as a means of transport to campaign in Gutu.