Zara might occasionally sell clothes that are all the rage but sometimes they get it so, so wrong.

Remember the sock-stiletto fiasco? The abominable combination of a sock…attached to high heels, for a whole £60?

Now they’re testing the waters again (and must be having a laugh) with a lungi-style skirt which no one can deny has an uncanny resemblance to the south Asian garment.

The lungi is the heat-appropriate staple for men in India, Bangladesh, Pakistan, Somaliland, and Nepal. You might have even seen it on your gap yah travels in Cambodia, Myanmar, and Thailand.

Shockingly (or not), the fashion purveyor is charging £69.99 for the ‘flowing skirt with draped detail in the front, slit detail at the hem. Zip fastening in the back hidden along the seam’.

And if you were thinking of rushing to the store or website, hold your horses because I can find at least 17 different places that sell the attire for about £3.

The sarong has been a popular choice for men in such countries as the heat makes it unbearable to wear trousers all day.

And unlike Zara’s copycat skirt which only comes in a brown check, the Asian attire boasts many different colours and designs.

The high street retailer’s skirt is questionably similar to one check lungi available online which won’t cost you a pretty penny.

The Lungi Wala is offering one for 346 Indian rupees, which comes to roughly £3. In other places, it’s even cheaper than that. 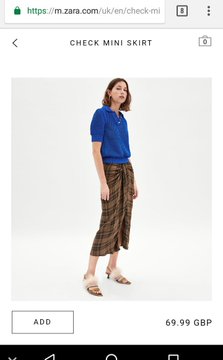 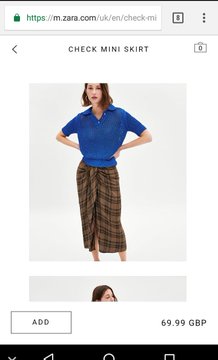 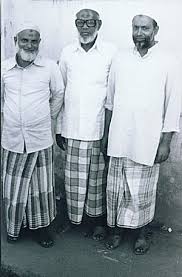 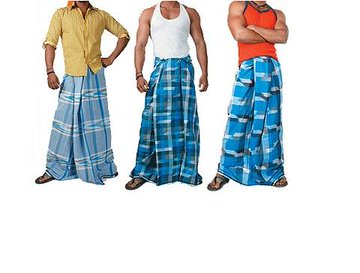 A £69.99 skirt from @ZARA that looks like a south Asian male skirt (lungi) that costs less than £1

Although it’s dipped in popularity, especially for diaspora Asians, the lungi remains a welcome tradition in the hotter parts of the word.

It’s even been seen on major fashion show catwalks, draped just below the knee and paired with matching trousers.

But who knows, Zara might already have plans for the sherwani lungi suit next.

Here are some men enjoying their casual lungi look: