elisabeth-davis Image source: www.people.com
The woman identified as Elisabeth Davis is celebrating another year on her job – the same one she’s had since 1936.
Davis, at 99 years old, works as a secretary at Culver Academies in Indiana. This year marks her 80th on the job, and she has no plans to retire anytime soon.
Davis said the changes over the years don’t make much of a difference to her.
“They didn’t affect my job,” Davis told InsideEdition.com. “It’s just some physical things that have changed.”
She may use a cane or hold someone’s hand to get around, but she still makes it to work. Davis has lived by herself since her husband passed away in 2004 and one of her co-workers drives her to work every day.
“Originally I needed a job with the finances of me and my husband,” Davis said. “I’ve stayed here so long because I like what I do. “ 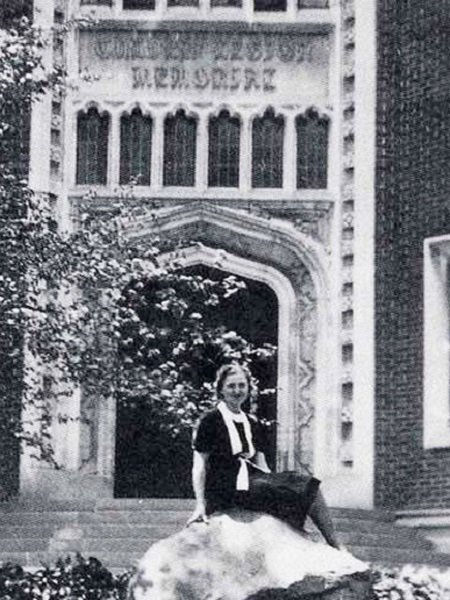 Mrs. Davis started working at Culver in 1936
She has also kept it simple, still using a typewriter at work because she prefers paper over computer screens.
William Hargraves, the school’s director of communications, went to the same school as a child and remembers Davis from that time. He describes her presence as a blessing.
“It’s a pleasure. I was telling Ms. Davis how much I appreciate the lights on in her office,” said Hargraves. “When I am having a tough day, I look at the lights in her office knowing she is steadily working.
“It reminds me to be blessed about what has already been given to us and not at what you don’t have. She has always been a woman of faith and inspiration.”
Davis’ anniversary will be celebrated at the next all school meeting.
Loading...
1.1k
SHARES
ShareTweet
Subscribe