South Africa is full of vibrant diversity with many people calling this beautiful land home. Few are more vibrant, more colourful and more iconic than the famous Ndebele tribe.

As is with most stories, it all starts at the beginning. The history of the Ndebele people can be traced back to Mafana, their first identifiable chief. Mafana’s successor, Mhlanga, had a son named Musi who, in the early 1600’s, decided to move away from his cousins (later to become the mighty Zulu nation) and settle in the hills of Gauteng near where the capital, Pretoria is situated. This became what is known as the Ndebele people.

Shortly after that, the Chief would have two sons, who would then fight over the chieftainship and ultimately split the tribe into two, the Manala in the north, and the Ndzundza in the South – both remaining distinctly Ndebele.

It wasn’t until 1883 that the tribe would face its greatest adversity when war broke out between the Ndzundza and the Zuid-Afrikaansche Republiek (the Boers). Through sheer will, the tribe held out for eight months, hidden in the mountains and tunnels of their mountain stronghold at Mapoch’s Caves near the town of Roossenekal. Eventually they would be defeated, leading to their tribal structure being broken up and their lands confiscated.

But this wouldn’t defeat the Ndebele people. Although their tribe was disintegrated, they retained their cultural unity and live on to this day, proud, beautiful and South African through-and-through.

A Ndebele cultural village, made up of residential units (umuzi), is quite often defined by its striking artwork, which is creatively constructed by the women of the tribe. In this way she designates her territory while using art as a form of inspiration for everyday life. The family head (mnumzana) oversees his entire family and, in some cases, his married children and his brothers are permitted to settle in his community; thus expanding the residence into a village.

Women also express their status in the way they adorn and ornament themselves. Ornate beadwork, blankets and other trinkets are used, becoming more elaborate after marriage, detailing her faithful devotion to her husband. Favoured jewels are the brass rings that are placed on her neck, arms and legs, which can often weigh up to 20 kilograms.

Perhaps the most striking element of Ndebele culture is its distinctive art style. These series of geometric shapes filled in with primary colours traditionally adorn their homes and is considered the woman’s domain, for she is full of creativity and the home is hers. 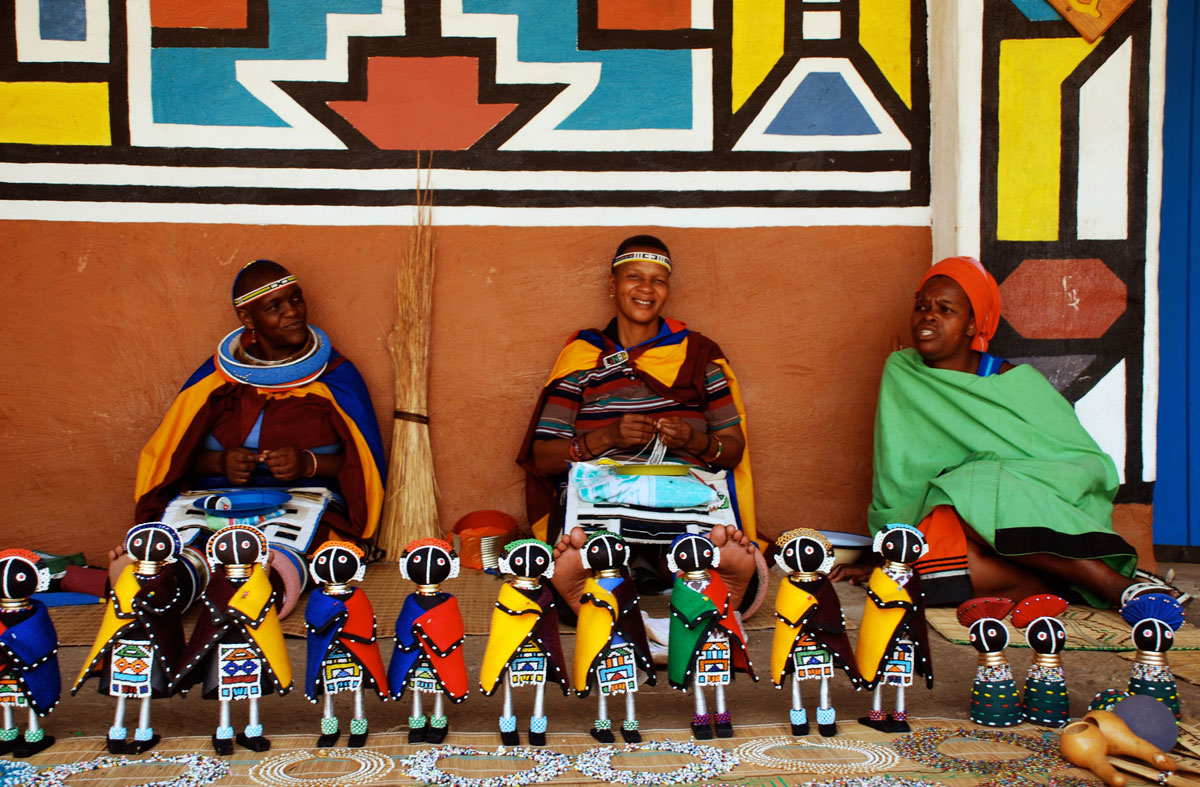 In modern times this includes the use of acrylic paints but in old times, these paints were manufactured from natural materials like clay, plant pulp, ash and cow dung. Ever since the 1950s, their designs have also been influenced by western imports like urban architecture and modern transportation.

Beyond their walls, Ndebele art transcends to jewellery with intricate mesh of bead and metalwork to create the distinctive Ndebele flavour. This beadwork was also rose up around the 1950s and with its similar design to the walls and houses, it forms the part of the female ceremonial costume. 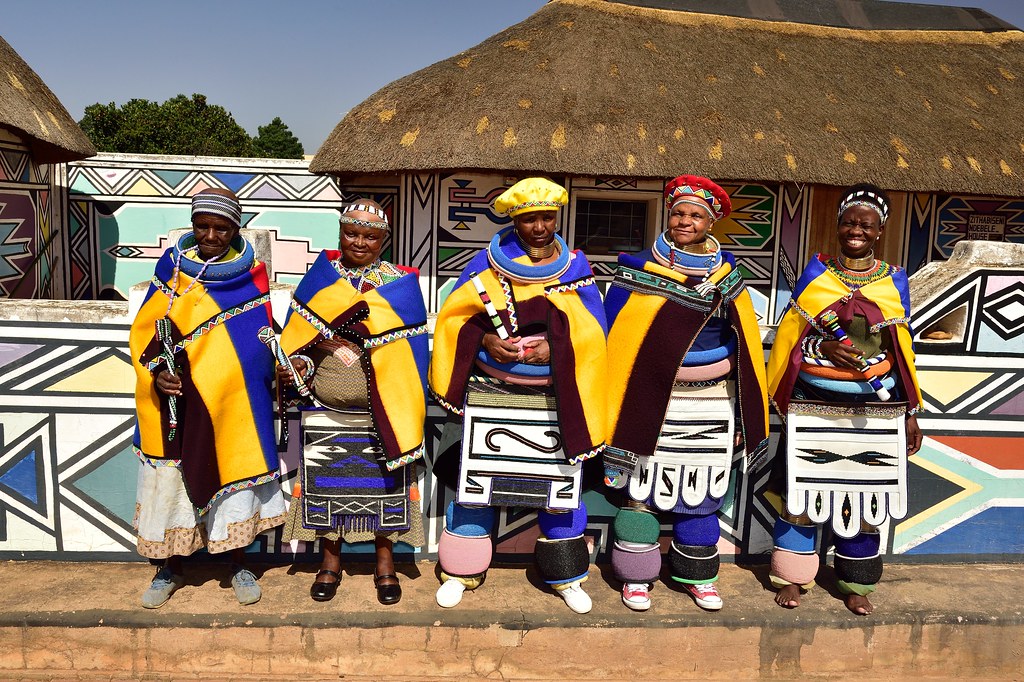 These beaded necklaces and arm and neck rings form part of the outfit worn during traditional rituals like initiations and weddings.

Ndebele beadwork has become one of the most popular forms of curio art from Africa and has become what many people of the world picture when they think of Africa.

This is but one of the many diverse and beautiful cultures that form part of our South African heriatage.