Apolostolic Christian Council of Zimbabwe (ACCZ) president Johannes Ndanga has broken positions with Zanu PF, announcing he won’t manage to his attendees to vote in favor of the decision party.

Ndanga, whose association was removed as of late from its leased premises in the wake of neglecting to pay lease and who has for quite some time been seen as genius Zanu PF, seems to have had his minute as he now grasps the just method for getting things done.

In front of the past 2013 fit races, the straightforward priest requested his congregation individuals the nation over to vote in favor of Zanu PF.

Yet, this time around, Ndanga said he would not like to be a tyrant any longer and needed “majority rules system to win” 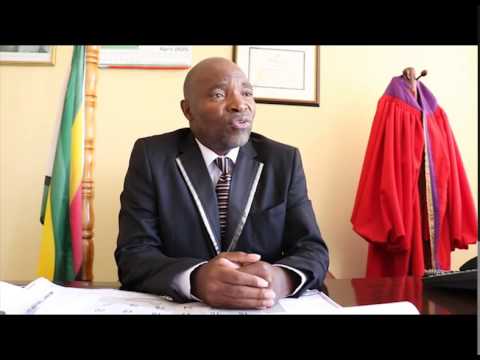 “We are also looking at the elections for 2018, which I feel are around the corner. We need to take a position as a church,”

Ndanga told Southern News during a preparation meeting for the church’s inaugural congress to be held here before month-end.

He added: “Unlike the way we did it in 2013 when I just decided on my own that we are going to support this party (Zanu PF), we are (not) going to be against this party but this time around it’s an issue to do with consultations. We need to consult the church so much so that the church can take part in that decision.”

“I am trying to be very democratic to allow bishops to decide our own destiny as a church.”

Zanu PF has in the past turned to churches to garner support for the elections.

President Robert Mugabe has on numerous occasions used the church as a platform for political campaign.

Ndanga’s declaration, however, follows another surprise move in which his church seeks to tackle the Gukurahundi issue, which he said was not a closed chapter.