It Almost six months after their broke up, Ben Affleck (46) and Lindsay Shookus (38) are reportedly back in contact and have been spending time together.

But this doesn’t mean they’re a couple again. “They’ve known each other for years and there have been other periods of time when they didn’t speak. But they always seem to end up talking again,”.

Another of our source said that while the pair are indeed talking, both are focused on their respective careers and families as opposed to rekindling a romance, People magazine reports.

“He really enjoys spending time with her but his focus will remain his kids and family,” a friend of Affleck says. 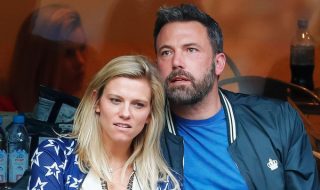 “I think he’s always been interested in seeing where his relationship with Lindsay could go, but these are two people who are very focused on their families and that distance between New York and LA is difficult sometimes.”

The Triple Frontier star and Shookus, a television producer, started dating in July 2017, just a few months after he and ex-wife Jennifer Garner filed for divorce after 10 years of marriage.

Ben and Lindsay called it quits in August last year, but managed to keep things amicable between them.

The long distance separating them reportedly played a major role in why the couple decided to end things. Affleck is based in Los Angeles where he lives near his ex-wife and their three children Violet (13), Seraphina (10) and Samuel (6), while Shookus lives in New York where she shares custody of her five-year-old daughter with ex-husband Kevin Miller.

“It was amicable, but unfortunately it didn’t work out, partly because of work and family obligations on different coasts,” a source told People magazine at the time.

“They truly cared for each other and tried to make it work. Unfortunately, now is not the time.”

Our source close to the Justice League star says his primary focus is his children and continuing his treatment program for alcohol addiction after a 40-day stay in rehab last year.