Politically connected businessman Peter-Paul Ngwenya says the charges preferred against him are a fabrication to mask a commercial dispute between him and his former longtime friend Fani Titi.

Ngwenya‚ who spent almost five years in prison on Robben Island‚ is facing a charge of crimen injuria for allegedly using a racial slur towards Investec chairman Titi in a text message.

In the same SMS‚ Ngwenya told Aqeel Patel‚ the managing director of MRC Media, “You will bleed‚” and that Titi “will see his mother”‚ which Titi regarded as a threat to his life since Ngwenya knew his mother had died.

The conflict between Ngwenya and Titi‚ who had been friends for 20 years‚ stems from a multimillion-rand deal that went sour.

Ngwenya claims that Titi owes him close to R54m.

The relationship degenerated when Ngwenya allegedly called Free State-born Titi a “Qwaqwa k*ff*r” and a “Bantustan boss” in an SMS intended for Patel.

Ngwenya, who took the stand to defend his case on Tuesday, told the Randburg Magistrate’s Court that he had regarded Titi as his “kid brother”. 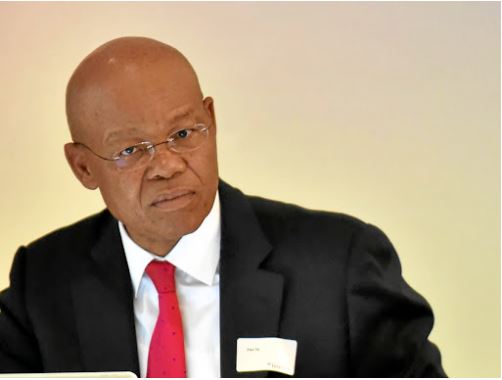 Two years later, the two of then applied for a free to air television licence, Ngwenya said.

He said the case he is now facing comes as a result of a conflict between him and Titi. He said he found out in 2015 that Titi had not honoured the agreement they had entered into. Ngwenya accused his longtime friend of having stolen assets from him.

“A dispute over shareholding between ourselves resulted in verbal exchanges.”

He said the charges he was facing were without merit.

“It’s a fabrication to disguise a commercial dispute that exists between myself and Fani Titi.

“This is the conduct of a man who wants to paint me blacker than I am,” Ngwenya said.