Mxolisi Nodangala could not bear to look at the body of his one-year-old son Sibongakonke after he was discovered murdered in an open grassy area at the end of a cul de sac in Phoenix.

A sombre Nodangala was accompanied by his mother, Ntombizanele Nodangala, and her sister, Julie Mathethidube, to the Verulam Magistrate’s Court on Monday where the man arrested for the death of his son made his first appearance.

“I didn’t even have the strength to see where they had dumped him because I knew that I would not be able to live with that image,” Nodangala told TimesLIVE before the court proceedings.

According to court documents, Thembelani Mtengwane allegedly broke into the home where the boy was staying with his mother and took him on March 31 while the mother was out.

Mtengwana was arrested in the Eastern Cape on Friday after the boy’s body was discovered. He had been reported missing from the Amaoti area near Phoenix a few days before his body was found. 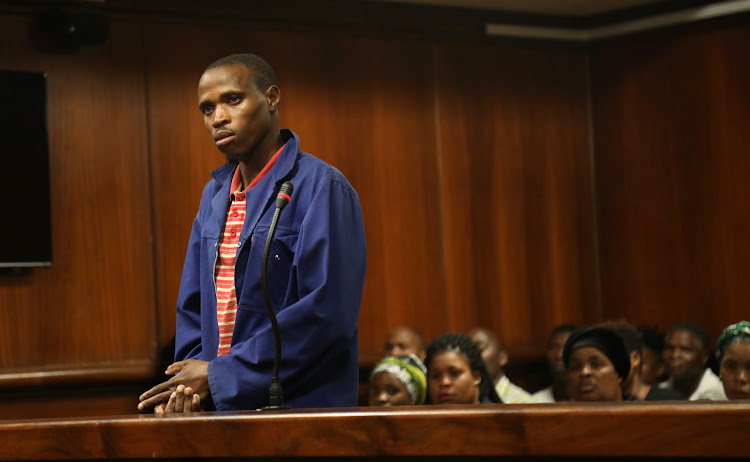 The family said that they did not know Mtengwane, and knew only that he was from the area.

Amaoti community members sneered in discontent as Mtengwana, who was dressed in blue overalls, made his way to the dock.

State prosecutor Winile Mlangeni told the court that the state would be arguing that the murder was premeditated and that it intended to oppose his bail application.

“The accused is a flight risk because after the incident he fled to the Eastern Cape where he was arrested,” said Mlangeni.

Mtengwana also faces kidnapping and housebreaking charges. He will be back in court on April 15.