From exuberant nightlife to artsy hangouts, bustling bars and historical buildings, Cape Town certainly has a lot to offer.We have rounded up some of the coolest streets to explore on your walkabout of the Mother City:

One of the oldest streets in Cape Town, Long Street is a mixed bag of restaurants, bars, nightclubs, bookshops, clothing stores, and backpacker lodges. In the late 1800s, it was the longest street in Cape Town, stretching from the harbor all the way to Tamboerskloof in the upper part of the city. Long Street is easily the loudest, most energetic of thoroughfares and is best known for its buzzing nightlife and bohemian vibe. But club-hopping isn’t the only highlight here. The street is lined with numerous Victorian buildings that have been restored over the years. Among these, you’ll find the oldest slave church in South Africa (now the SA Mission Museum) and the Palm Tree Mosque, dating back to 1820. 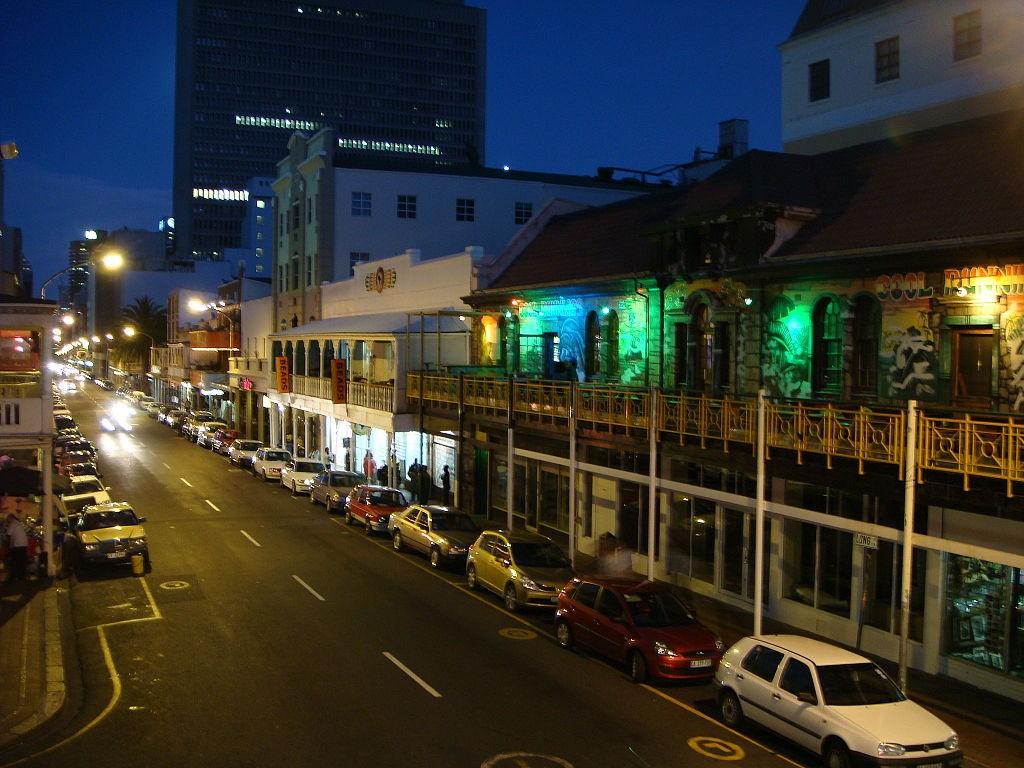 Bree Street has become a magnet for Cape Town’s hipster crowd, as well as tourists and locals in search of gourmet food. Whether you’re hankering for a smoked-cheddar beef burger topped with organic bacon, avo and BBQ sauce or a classic caesar salad, you’ve come to the right place as Bree Street has the hottest culinary talent south of the Sahara. It’s fast becoming the foodie (and drinks) capital of Cape Town and rightfully so, with a myriad of trendy chef-led restaurants, bars and cafes vying for visitors’ attention. The bustling street is also a popular late night hotspot for cocktails and parties until 2am. 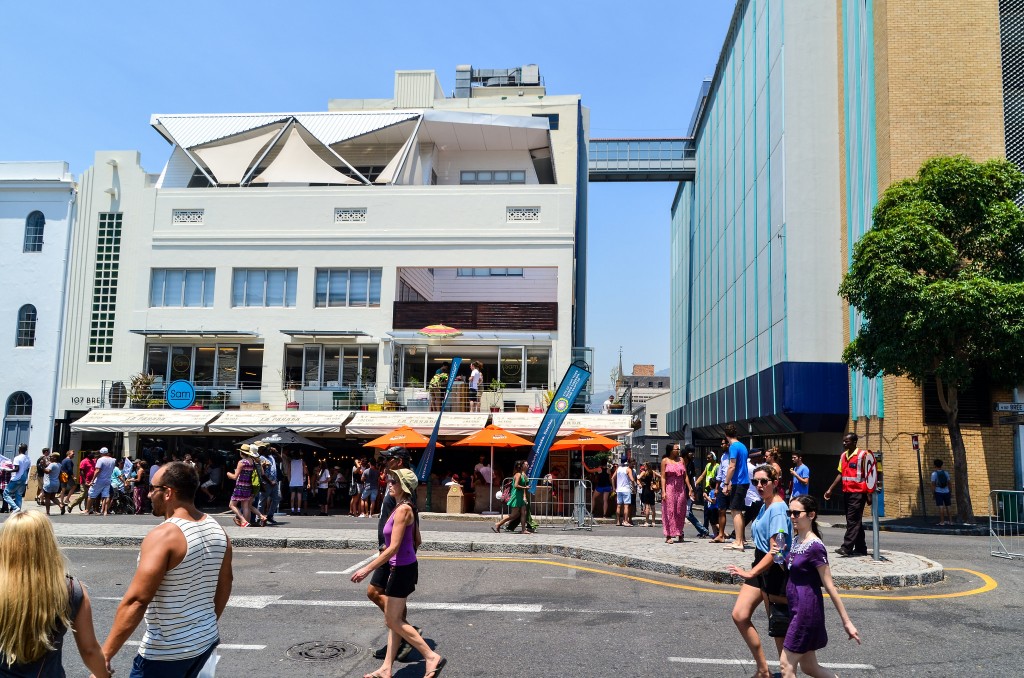 Kloof Street is a seemingly endless stretch of road that begins where Long Street ends, running uphill toward the affluent suburb of Higgovale in upper Cape Town. On either side of the street, you’ll find a number of fashion boutiques, art galleries, interior design shops, and restaurants. Every day, but especially on weekends, Capetonians can be found going about their daily business, dining at sidewalk cafes, shopping for groceries or hitting the gym. Most of the activity is centered around the lifestyle center located midway on Kloof — aptly named Lifestyle On Kloof — where staples like Woolworths Food and Wellness Warehouse are found. Further up the road, be sure to stop by Café Paradiso for a lazy al fresco lunch or enjoy a dining experience at the Bombay Bicycle Club. 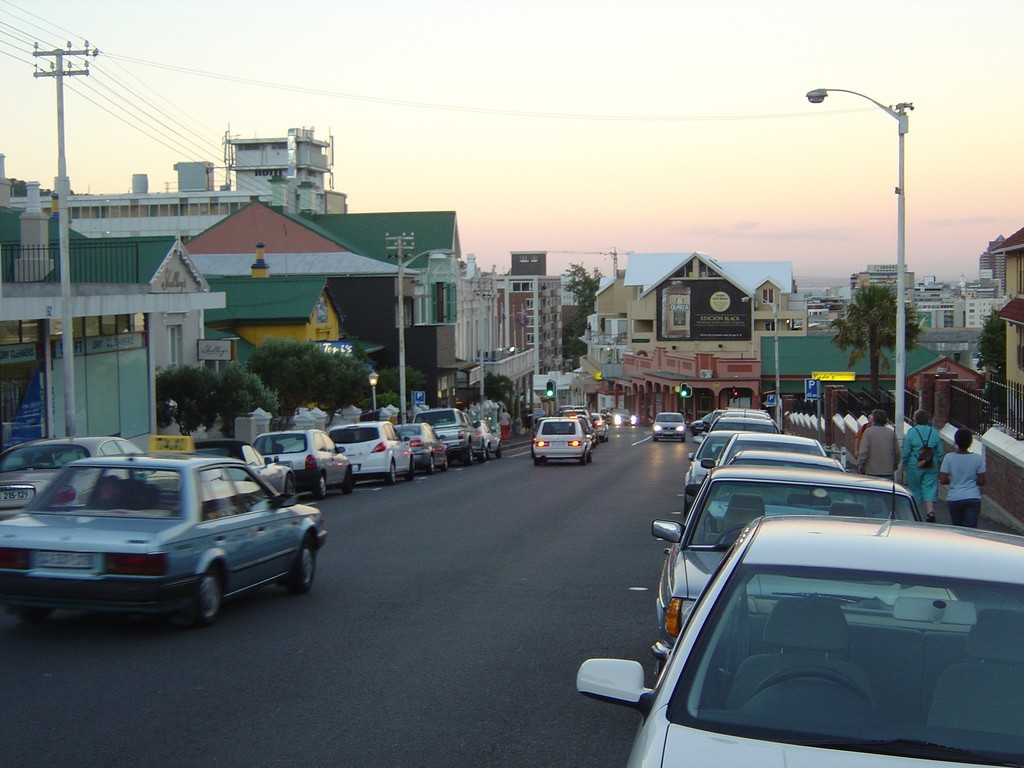 For many years nothing really happened in Loop Street, which runs parallel to its sister Long Street… that is until developers realized its potential. A crop of nightclubs, art galleries and restaurants have sprung up, introducing us to a different, more grown-up side of Cape Town. For starters, there are at least five art galleries along Loop Street such as 99 Loop Gallery and Ebony Curated, showcasing some of South Africa’s best contemporary artists. Then there are the nightclubs Era and Coco that boast amazing decor and world-class DJs. There are also a number of excellent restaurants, bars, cafes and bakeries along Loop Street, catering to all palates. Loop Street is usually a hive of activity on the first Thursday of every month for First Thursdays Cape Town. 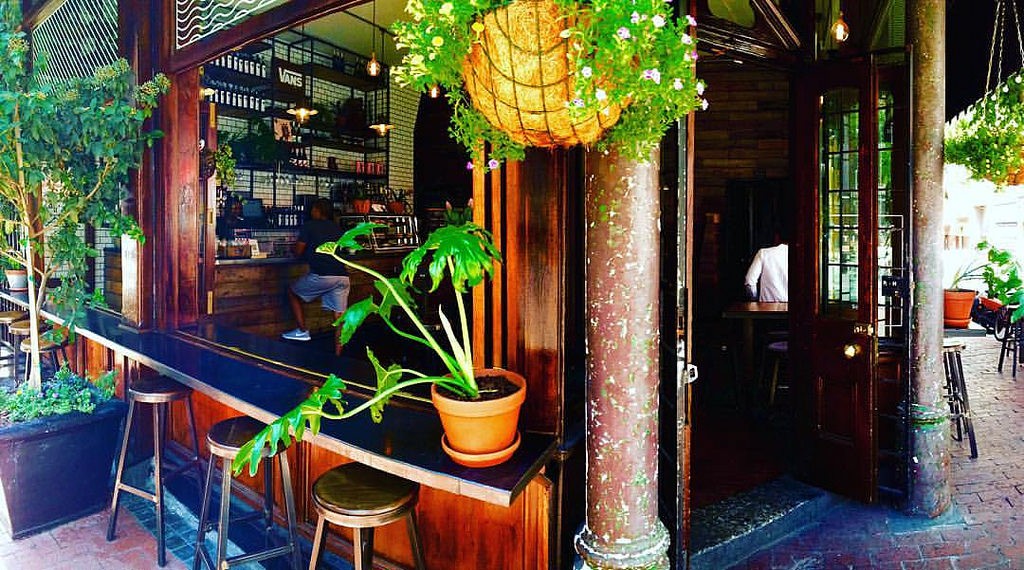 While Adderley Street is a lot less glamorous than its counterparts, it is the main street of Cape Town after all and worth a visit. This is where the city’s famous flower sellers are stationed. You’ll find them set up along an alleyway adjacent to the Golden Acre Centre, where you can buy a bunch of roses, proteas, or whatever your heart desires. Adderley Street is home to the oldest church in South Africa, the three-century-old Dutch Reformed Groote Kerk (Big Church), and around the corner in Wale Street, the beautiful St George’s Cathedral is a popular tourist attraction. At the top of the road, where Adderley transitions into Wale Street, you’ll find the Dutch East India Company’s slave lodge, the entrance to the Company’s Garden, and the Twankey Bar. The latter is a great spot for cocktails. Around the middle of December, Adderley Street is lit up with hundreds of coloured lights to celebrate the festive season. 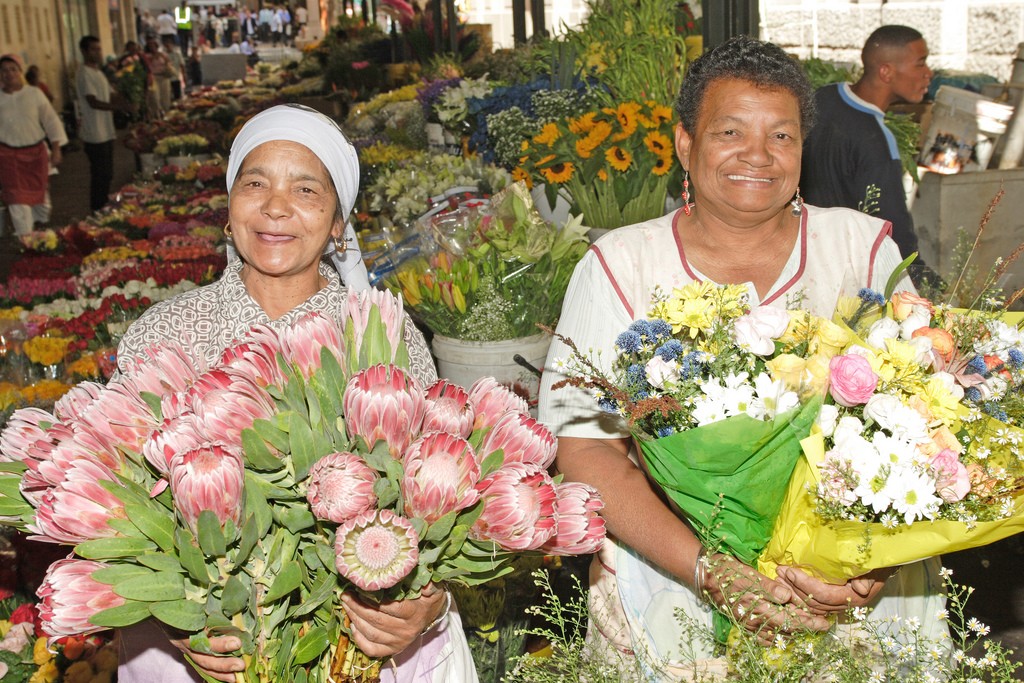 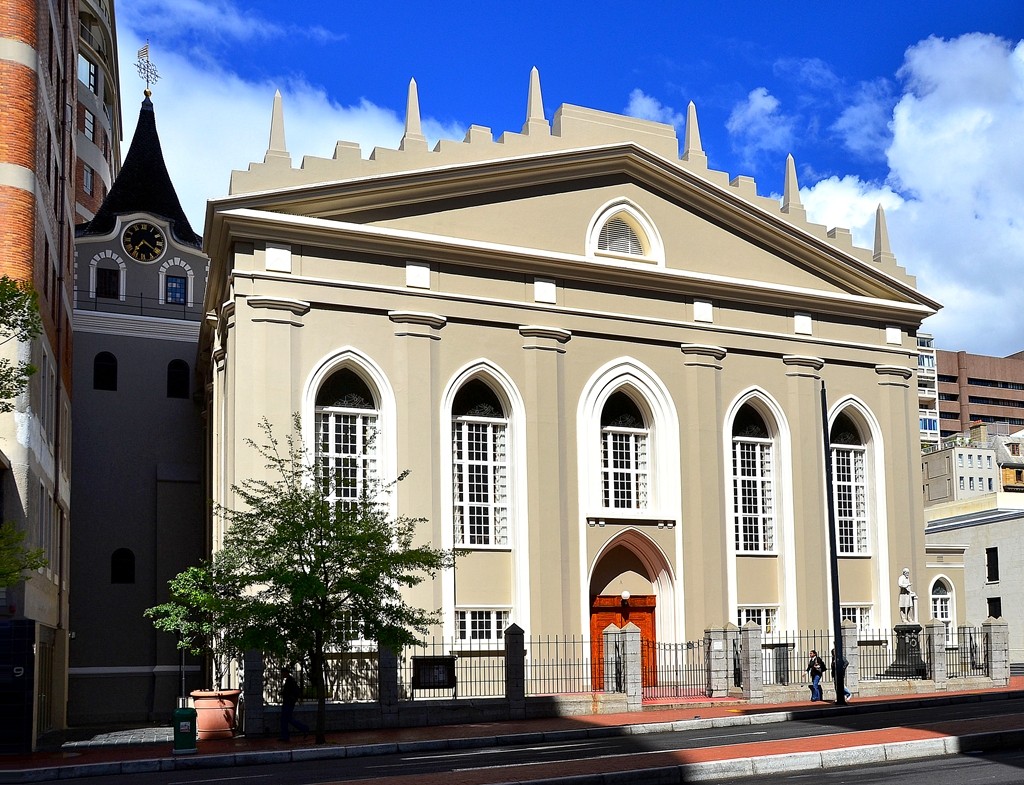 Situated on the outskirts of Cape Town, Buitenkant (meaning Dutch for ‘outside’) can be described as the hipster cousin to Loop Street. Along it there are a plethora of trendy coffee shops, museums, bars and startup companies. A must-visit for coffee lovers is the steampunk-themed Truth Coffee Roasting, rated the best coffee shop in the world by The Telegraph in 2014. Further up the road, I Love My Laundry is a hip laundromat-cum-coffee shop where you can have your clothing washed, dried and ironed while you enjoy a cup of coffee and a bite to eat. For a better understanding of Cape Town’s past, visit the District Six Museum on the corner of Buitenkant and Albertus streets. The centre pays homage to the vibrant multi-racial suburb that was sadly razed to the ground during apartheid. On the corner of Buitenkant and Roeland streets, The Book Lounge has a variety of genres with a special focus on South African fiction and non-fiction. It has a comfy lounge area where you can curl up and read while enjoying a cup of tea or coffee.

Locally known as ‘Obs’, Observatory is a bohemian suburb located a mere 10 minutes from the Cape Town CBD. Observatory’s Lower Main Road is a veritable hub of quirky restaurants, easy-going bars, thrift shops, and charming cafés. This is where artists, hippies, backpackers, students and foodies come to hang out. You can also see some of Cape Town’s best graffiti murals emblazoned on walls around the suburb. Aside from must-visit venues like The Queen of Tarts and Obs Cafe, be sure to visit the South African Astronomical Observatory after which the delightful suburb is named. 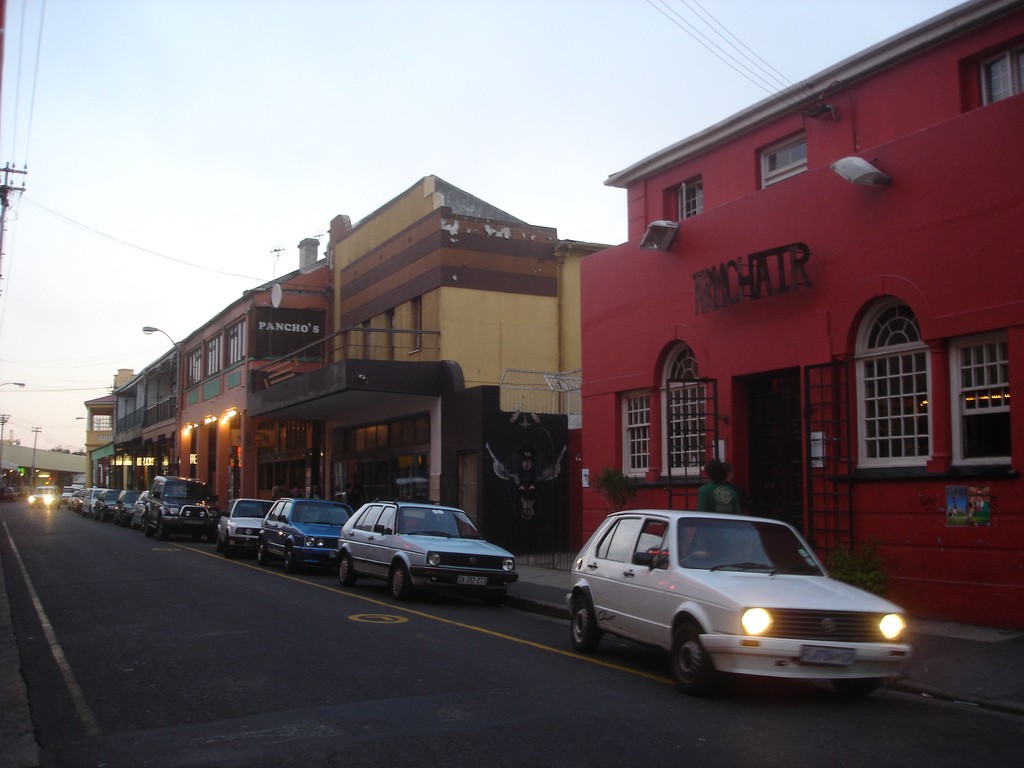 The suburb of Woodstock has been undergoing massive gentrification over the last few years. In between dilapidated buildings, a host of art galleries, design houses, restaurants and breweries have sprung up, beckoning visitors from far and wide. Along Albert Road, you’ll find popular venues like The Old Biscuit Mill (home of the Saturday Neighbourgoods Market), the Woodstock Exchange (a popular spot for breakfast and shopping), and the Woodstock Brewery, where you can sample a few of the Western Cape’s finest craft beers. 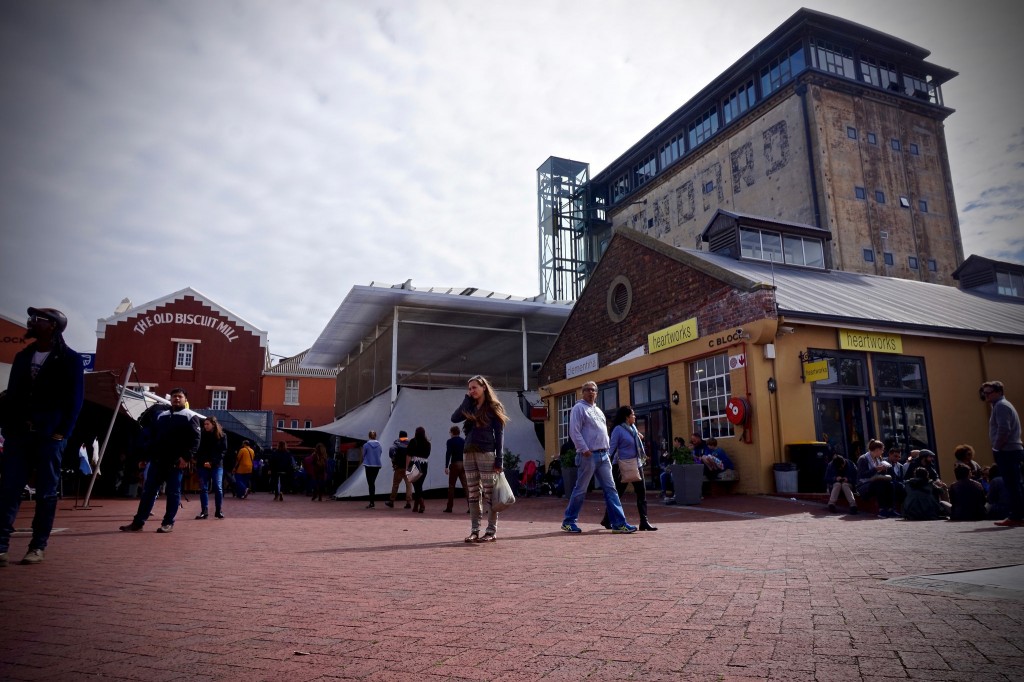