A genetic test could identify people at risk of a heart attack a decade in advance, scientists claim.

While in the US, nearly 380,000 die from hearts attacks as a result of the disease annually.

Many of these cases are avoidable, with lifestyle factors – particularly drinking, smoking, diet and exercise – having an impact on roughly 85 per cent of cases.

Yet people tend not to take action until they start to suffer warning signs, notably raised cholesterol, high blood pressure and the development of type two diabetes.

A genetic test, gathered via a blood sample, could help doctors highlight people at risk well before they start showing any symptoms.

While genes are not solely responsible for heart disease, scientists have now worked out how to calculate which people will be at particular risk if they adopt an unhealthy lifestyle.

They could then be prescribed drugs, such as statins or aspirin, which lower the risk, or advised to change their lifestyle before it is too late.

Researcher Professor Sir Nilesh Samani, a cardiologist at the University of Leicester, said: ‘We already know that coronary heart disease starts at an early age, several decades before symptoms develop.

‘Preventative measures should ideally be applied much earlier, especially to those who are at increased risk. 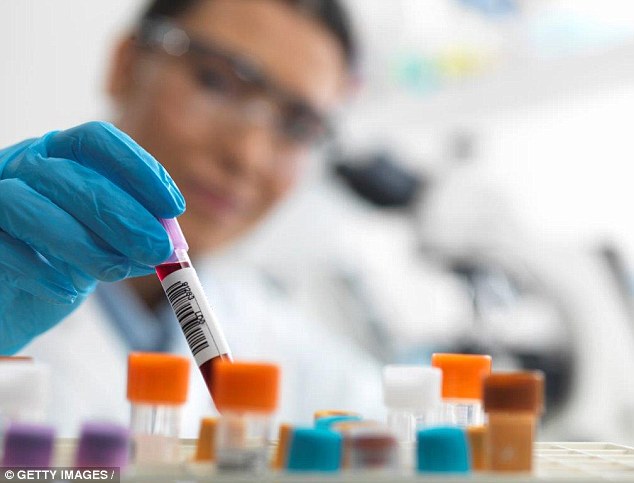 Developed by the University of Leicester, the test works out how to calculate an accurate coronary risk score through analysis of nearly 50,000 minute differences in DNA

‘This is the first really large study showing the potential benefits of using a genomic risk score over and above current methods to identify people at increased risk of coronary heart disease.

‘Unfortunately, current clinical risk scores are not good at evaluating risk until middle-age.

On the other hand the genetic risk score, which is based on your DNA, can be applied at any age.’

Sir Nilesh worked out how to calculate an accurate coronary risk score by analysed nearly 50,000 minute differences in DNA.

When researchers tested the score on more than 16,000 people, they found that people with the highest 20 per cent of risk scores were five times more likely to develop coronary heart disease.

This compared to those with the lowest 20 per cent of scores.

Sir Nilesh stressed that it may be some time before a test is available on the NHS, because it needs to be tested in clinical trials.

But he added: ‘However earlier identification of people who would most benefit from lifestyle changes and medication to reduce their risk of a heart attack could save countless lives.’

Writing in the European Heart Journal, the team said individuals may benefit from earlier engagement with nutritionists, exercise regimes and support to stop smoking. 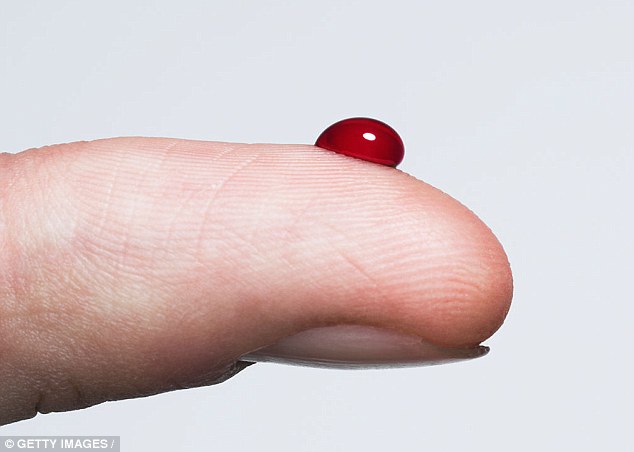 Gathered via a blood sample, it will allow scientists to determine who is at most risk from an unhealthy lifestyle. They could then be prescribed drugs, such as statins or aspirin, which lower the risk, or advised to change their lifestyle before it is too late

They could also be initiated early on medical interventions such as statin therapy or blood pressure lowering medications to minimise their future risk of the disease.

Dr Mike Knapton, associate medical director at the British Heart Foundation, said: ‘This new tool could be invaluable in more accurately identifying people who are at an increased of developing heart disease.

‘However, it’s important to remember that having a genetic predisposition to coronary heart disease does not guarantee that person will have a heart attack.

‘People identified as being at increased risk can reduce their chances of having a heart attack by stopping smoking, exercising regularly, managing their weight and taking prescribed medication, such as a statin.’

Sir Nilesh will start next month as the new medical director of the British Heart Foundation.