Forbes published the list of Africa’s dollar billionaires as at February 2019 and a few South Africans featured prominently.

Nicky Oppenheimer was one of five South Africans who made the list of 20 billionaires.

Mining magnate, Oppenheimer, ranked third overall with a mouth-watering nett worth of around $7.3bn.

Next on the list is Johann Rupert, who boasts with a cool fortune of $5.3bn.

Head of media group Naspers, Koos Bekker, is the third South African to feature with nett wealth estimated to be $2.3bn.

Mining tycoon, Patrice Motsepe, shares the same position on the list as Bekker.

Last but not least is Michiel le Roux. The Capitec Bank founder squeaks in at number 19 on the list.

Nigeria’s Aliko Dangote ranks number one on the list for the eighth year running, with a staggering fortune of $10.3bn.

Nigeria has the Most Black US Dollar Billionaires in the World (4) alongside USA.

South Africa has the Most White US Dollar Billionaires in Africa (4).

Egypt has the Most Arab US Dollar Billionaires in Africa (5). 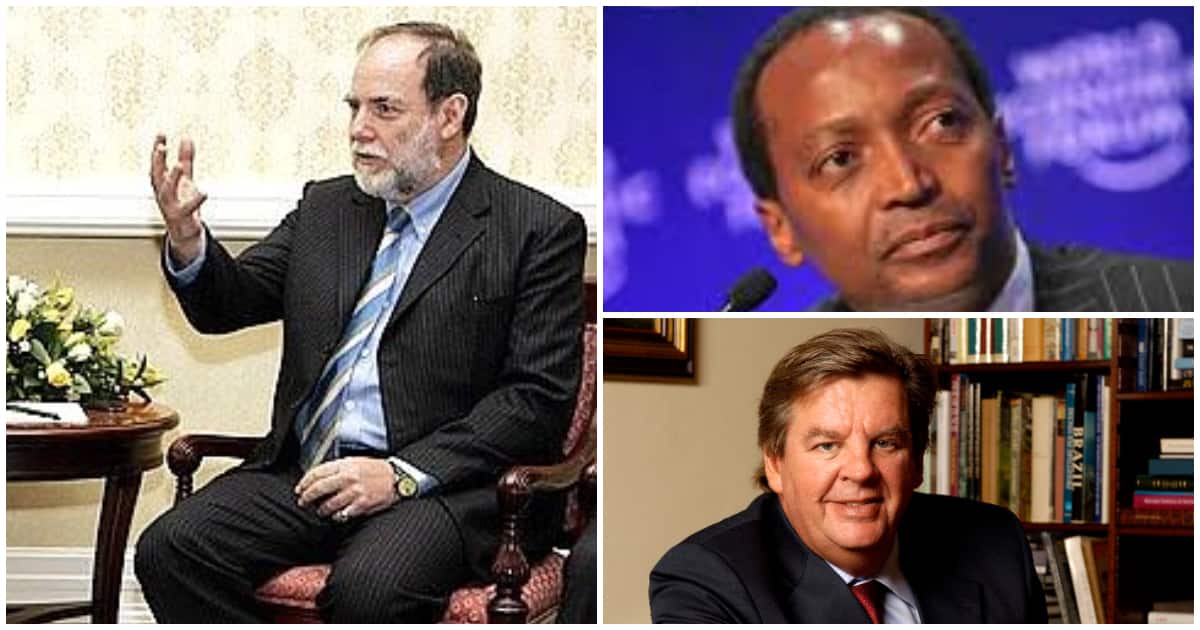