South Africa’s landscapes are as diverse as her people. From miles of coastline to semi-arid deserts, majestic mountains to incredible national parks, here are 20 photos that will make you want explore South Africa ASAP. 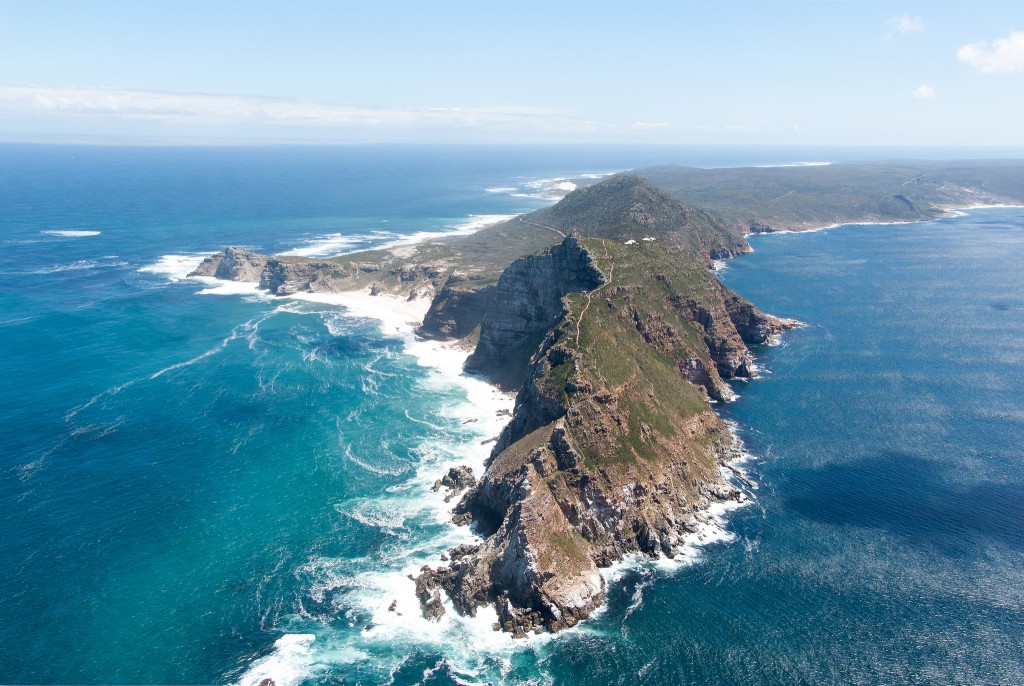 The most south-western tip of Africa juts out into the azure Atlantic Ocean.

The iconic flat-topped Table Mountain provides a magnificent backdrop to the city below. 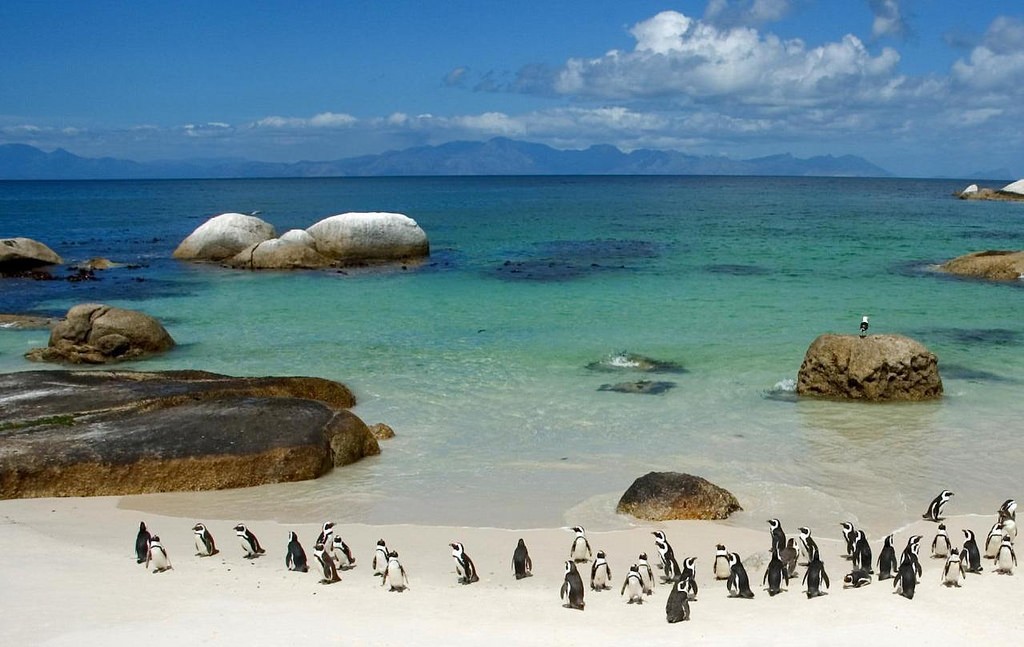 Cute African penguins bask in the sunshine on Boulders Beach. 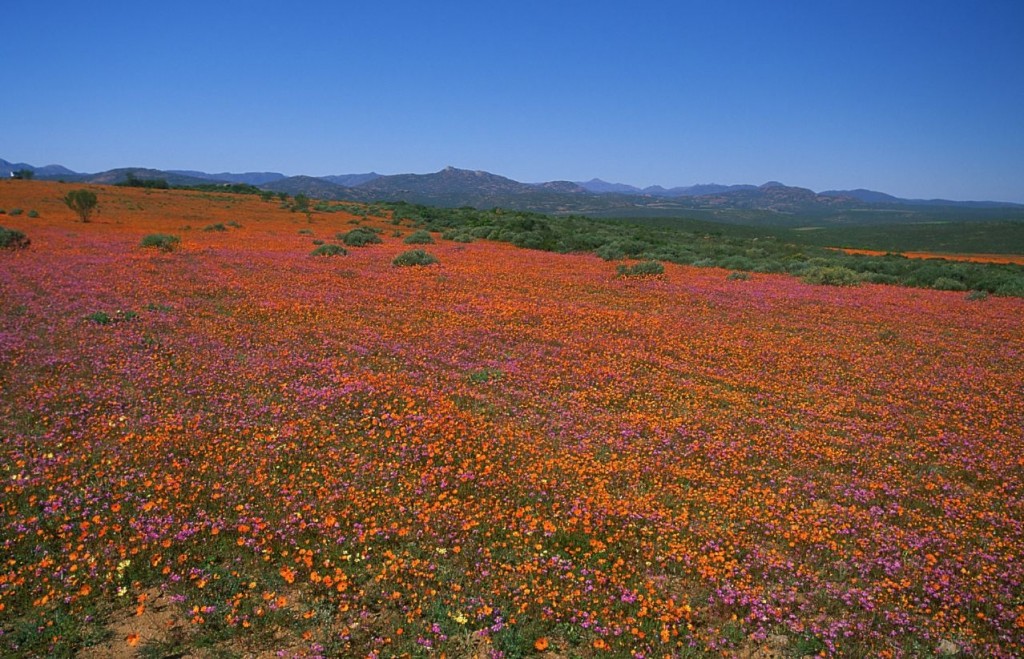 Carpets of wildflowers as far as the eye can see… 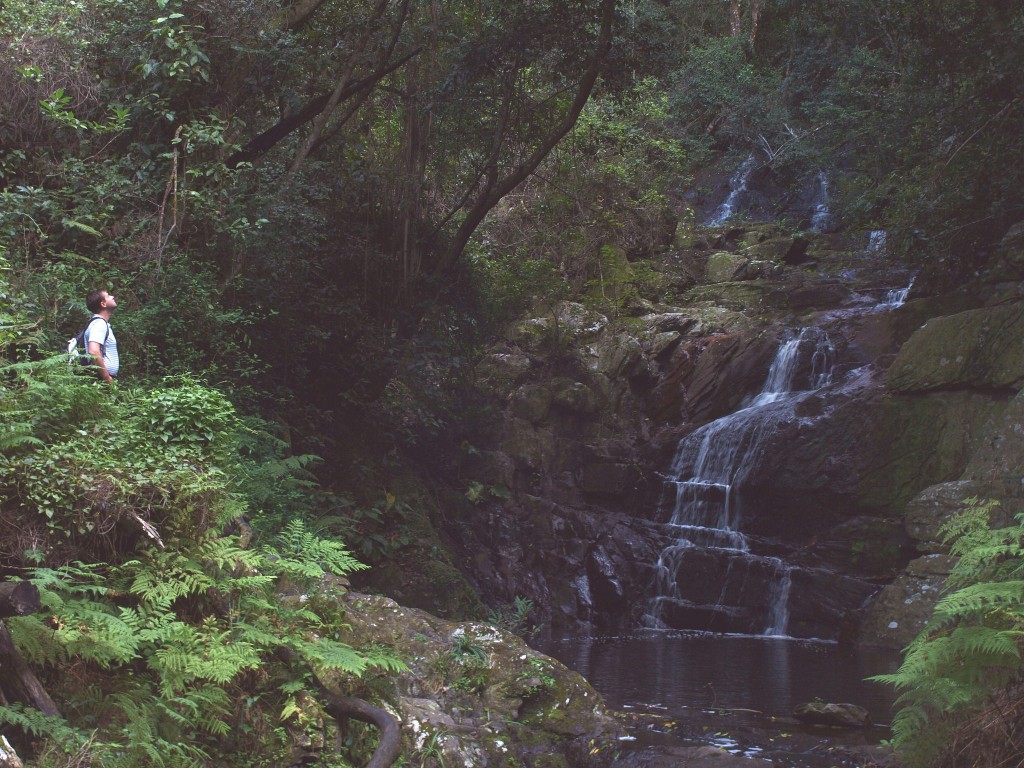 This enchanting Afromontane forest on the Garden Route is a sight to behold. 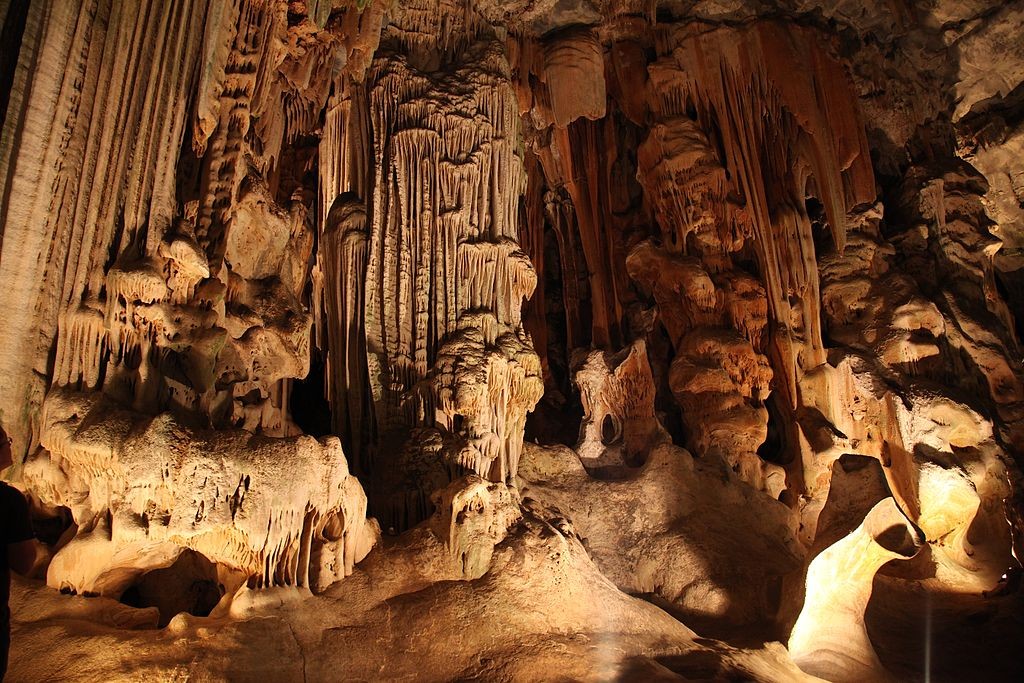 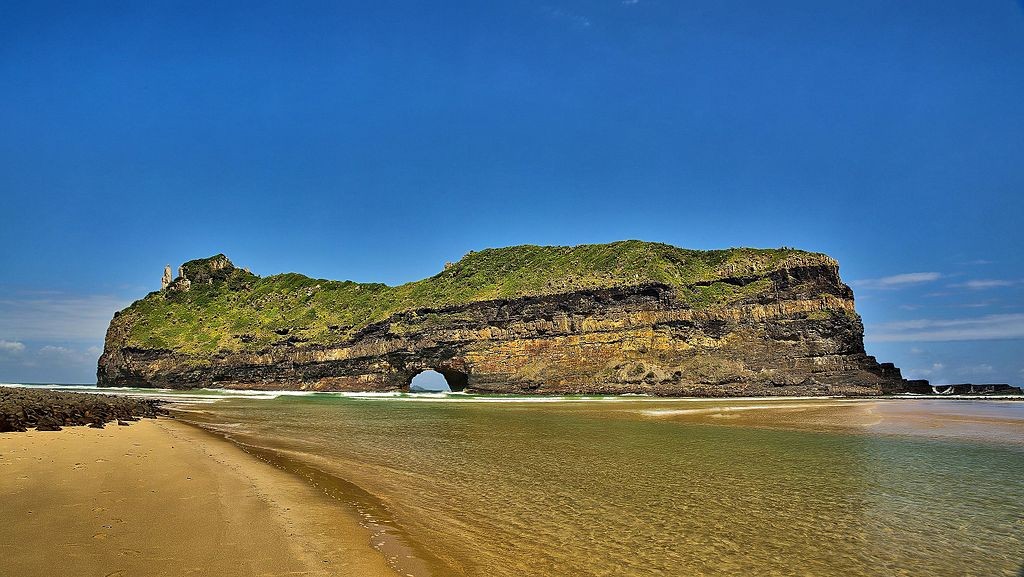 According to Xhosa folklore, this rocky archway is a gateway to the afterlife… 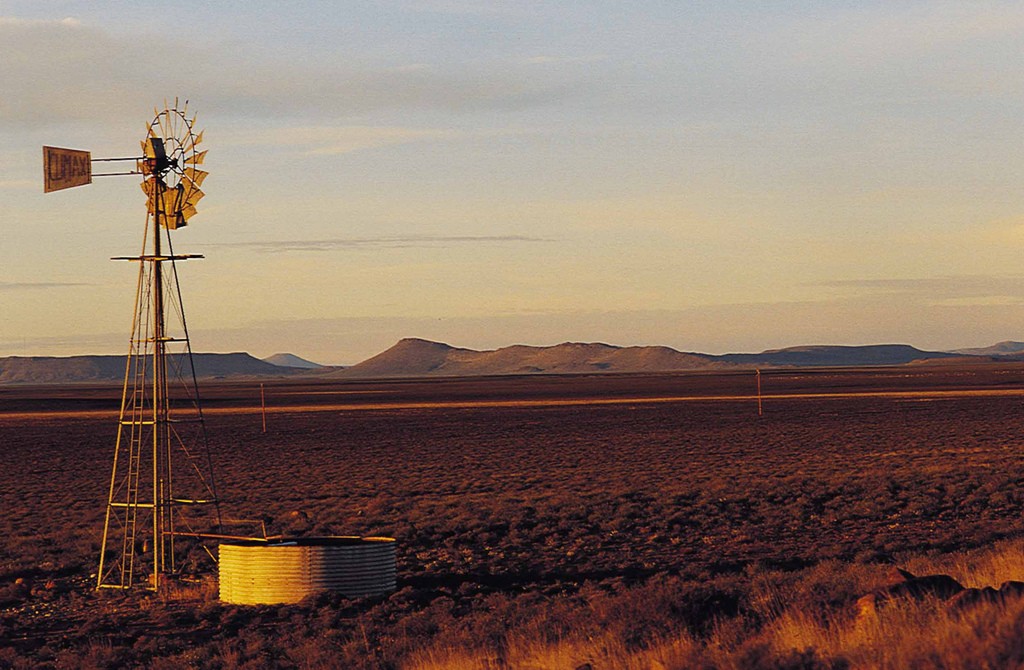 Although a semi-desert area, an abundance of underground water makes sheep farming possible.

A herd of Springbok, Northern Cape 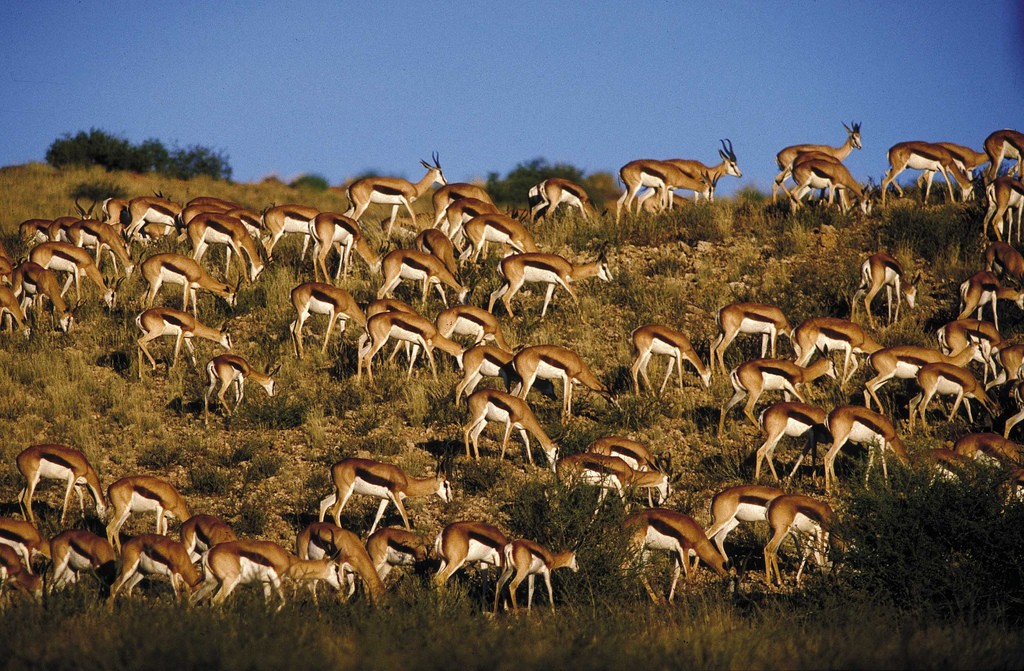 The Springbok is the national animal of South Africa. 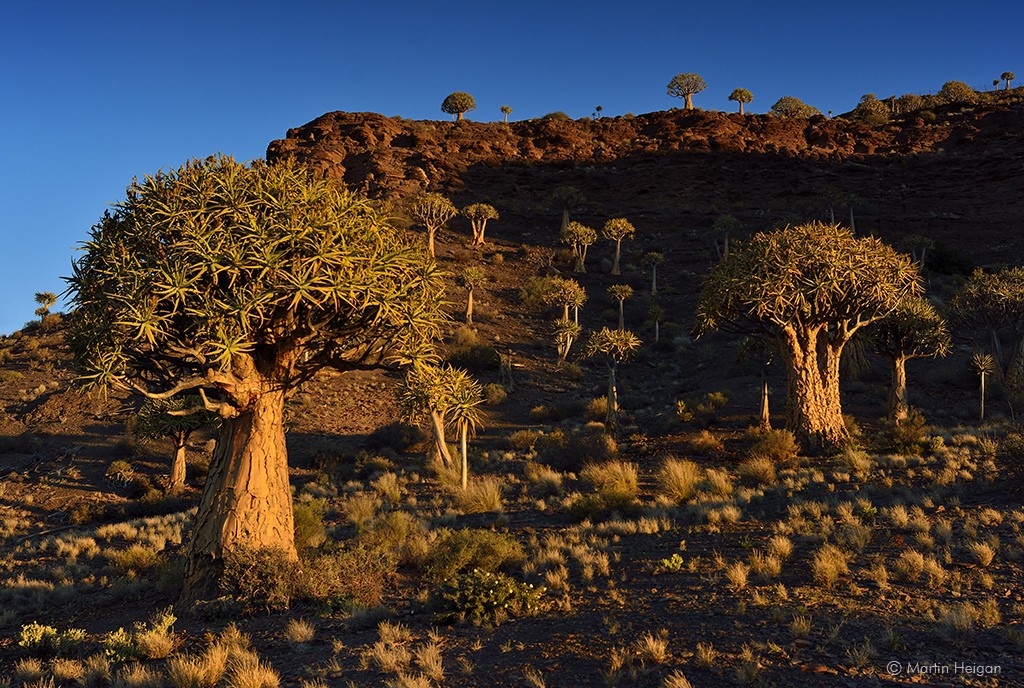 These unusual looking trees are part of the Aloe family and live for up to 400 years. 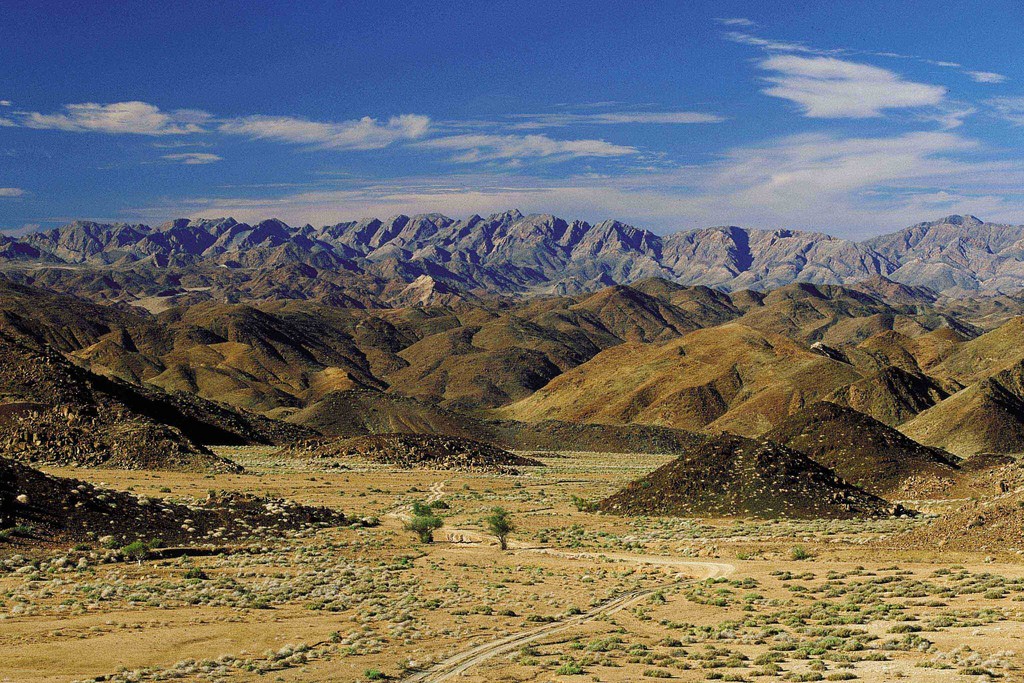 Seemingly devoid of life, this dry mountainous region is regarded as the only Arid Biodiversity Hotspot on the planet, with an astonishing variety of plant, bird and animal life. 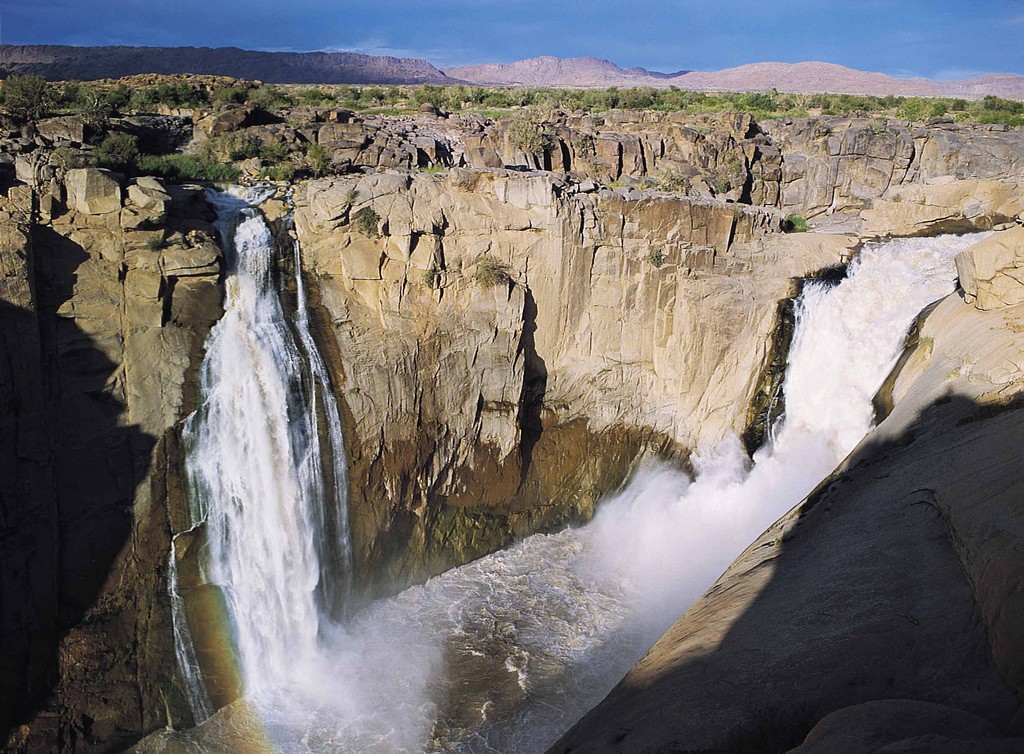 The Khoi people called it ‘Aukoerebis’, meaning ‘place of great noise’, as the powerful flow of the Orange River thunders its way down the 184 foot (56 meter) waterfall. 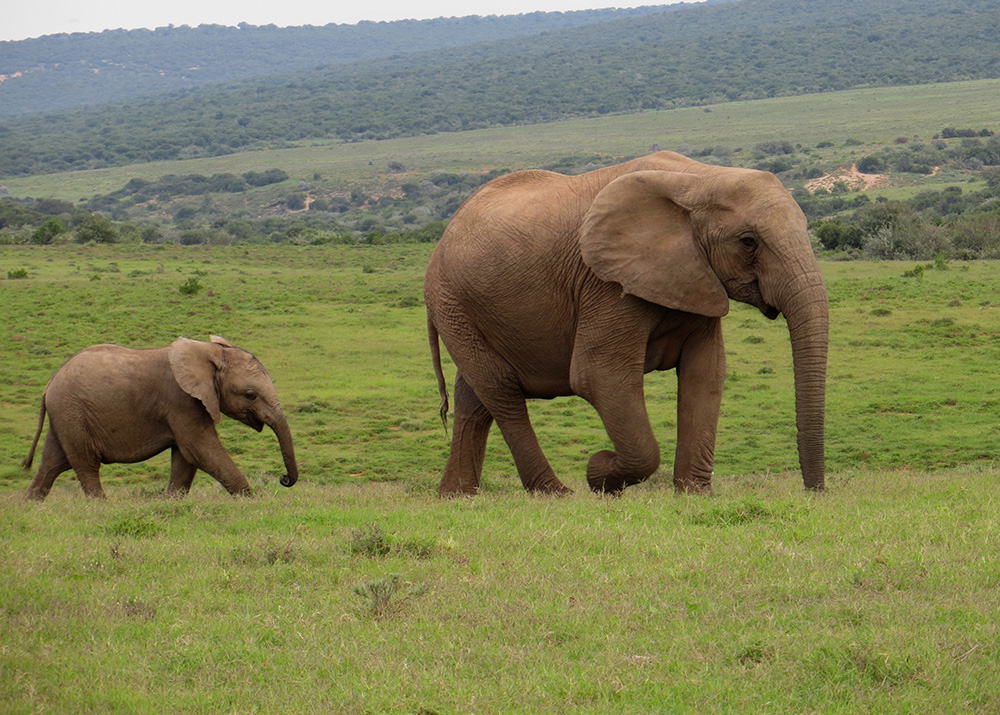 More than 600 of these gentle giants roam the plains of the Addo Elephant Park. 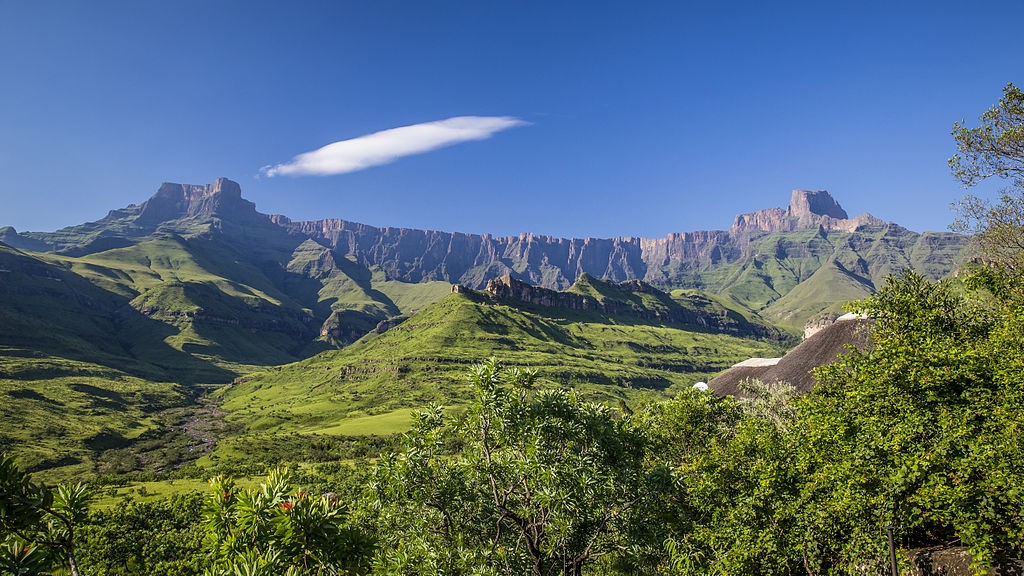 The magnificent Blyde River Canyon is flanked by the ‘Three Rondavels’ to the right, named for their resemblance to bee-hive shaped African huts. 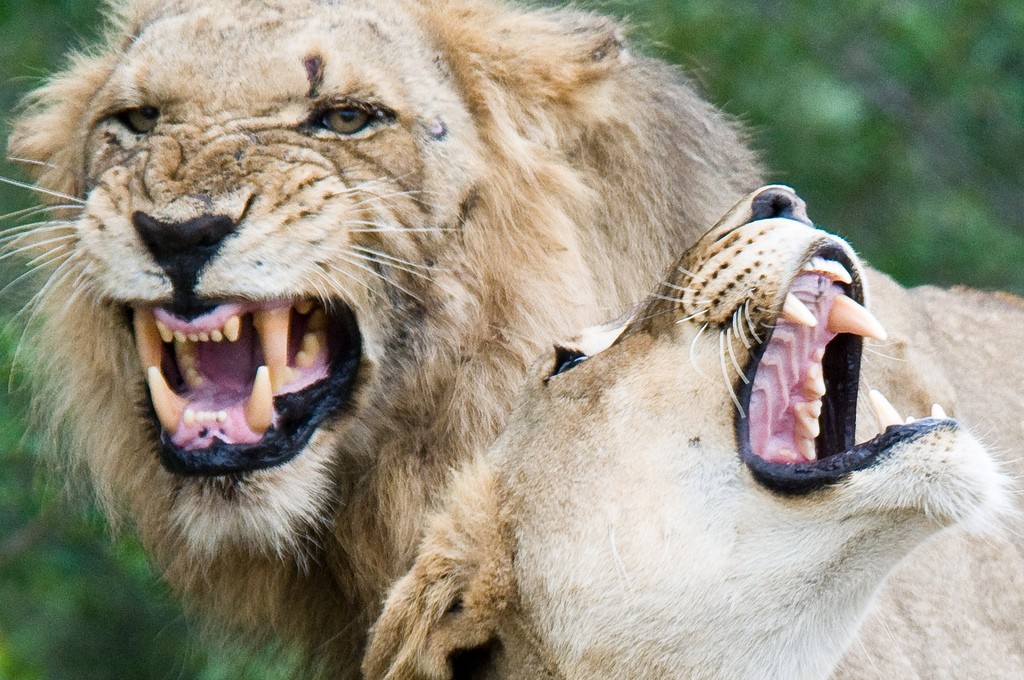 Hearing the roar of a lion is an unforgettable experience… 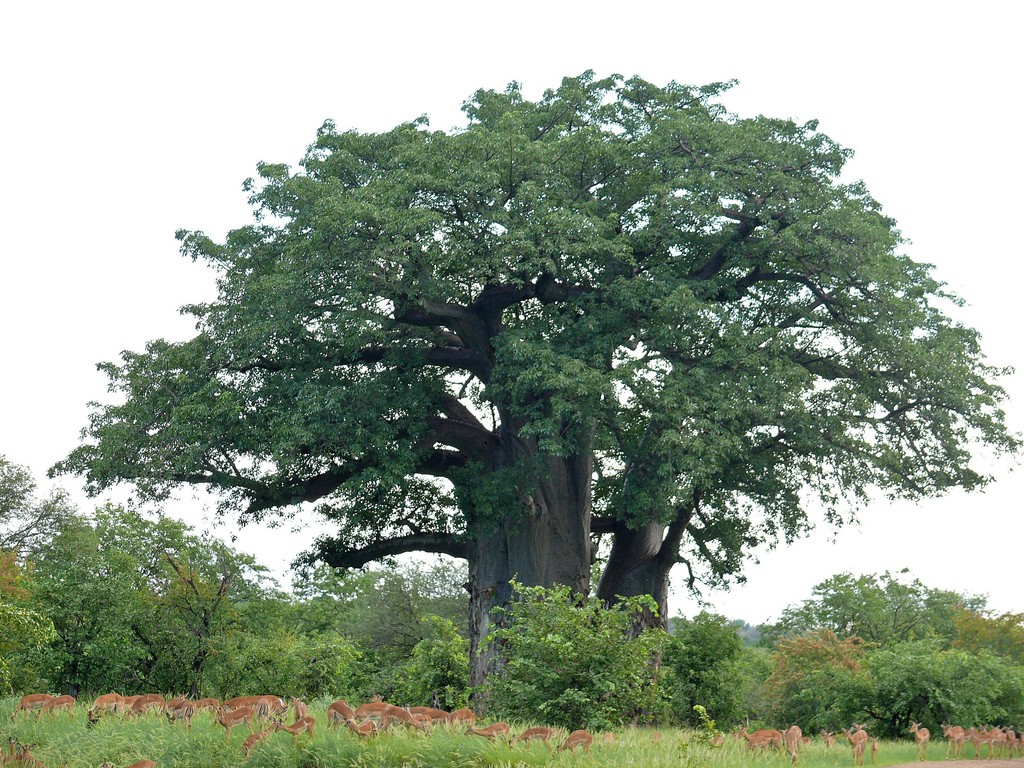 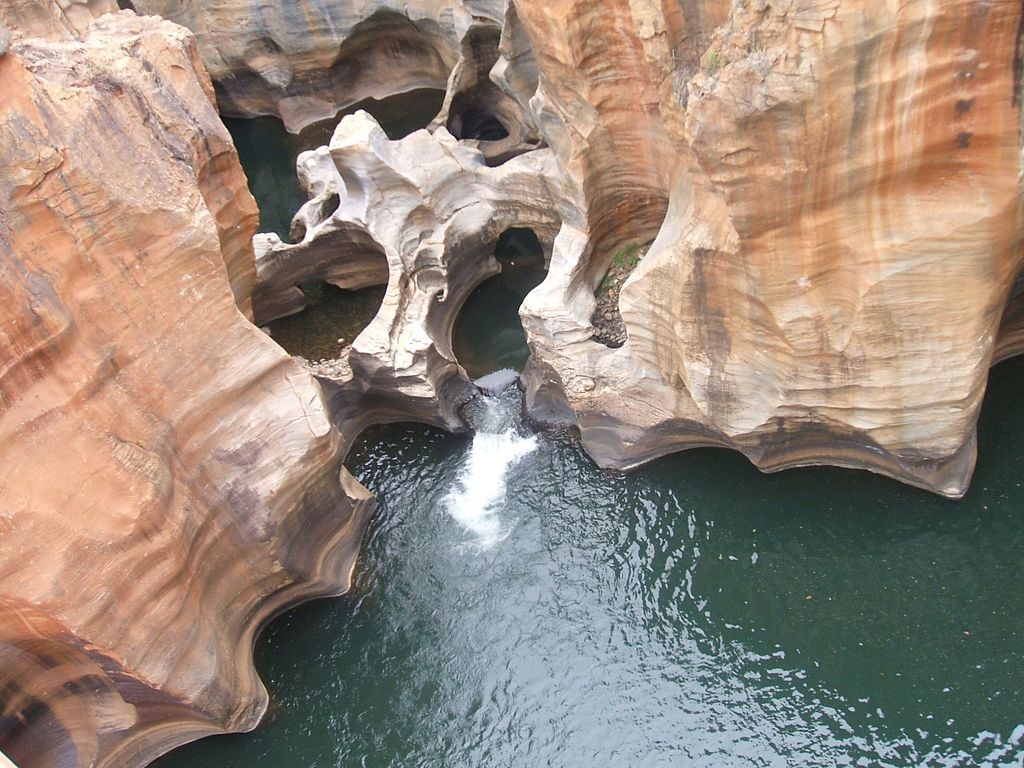 This geological wonder is the result of centuries of water erosion where the Treur River meets the Blyde River. 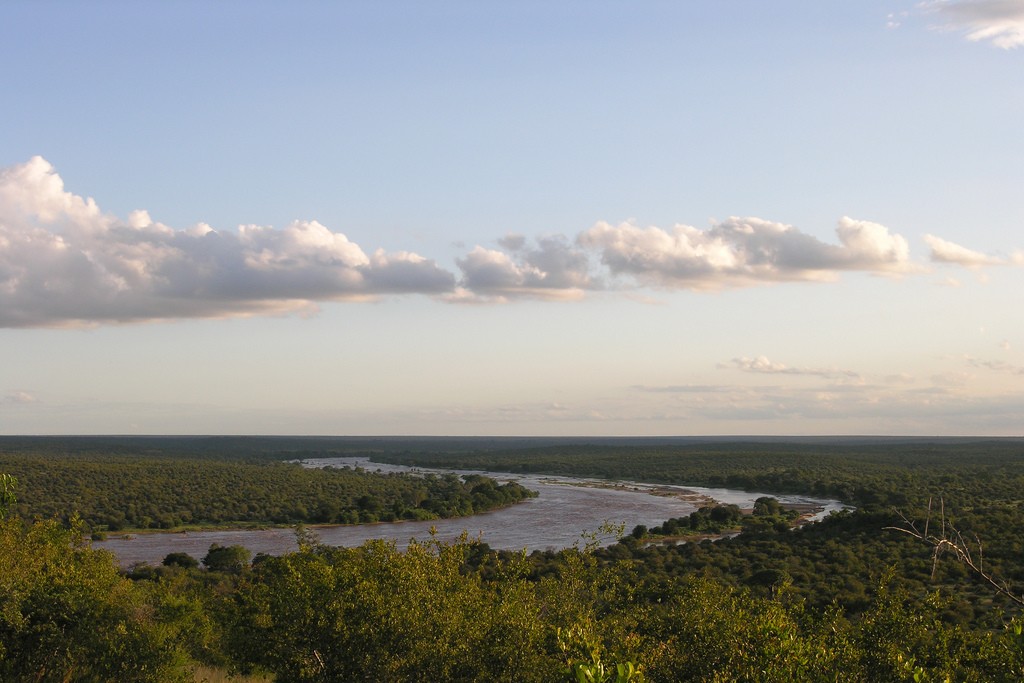 One of many great rivers that snake its way across South Africa. 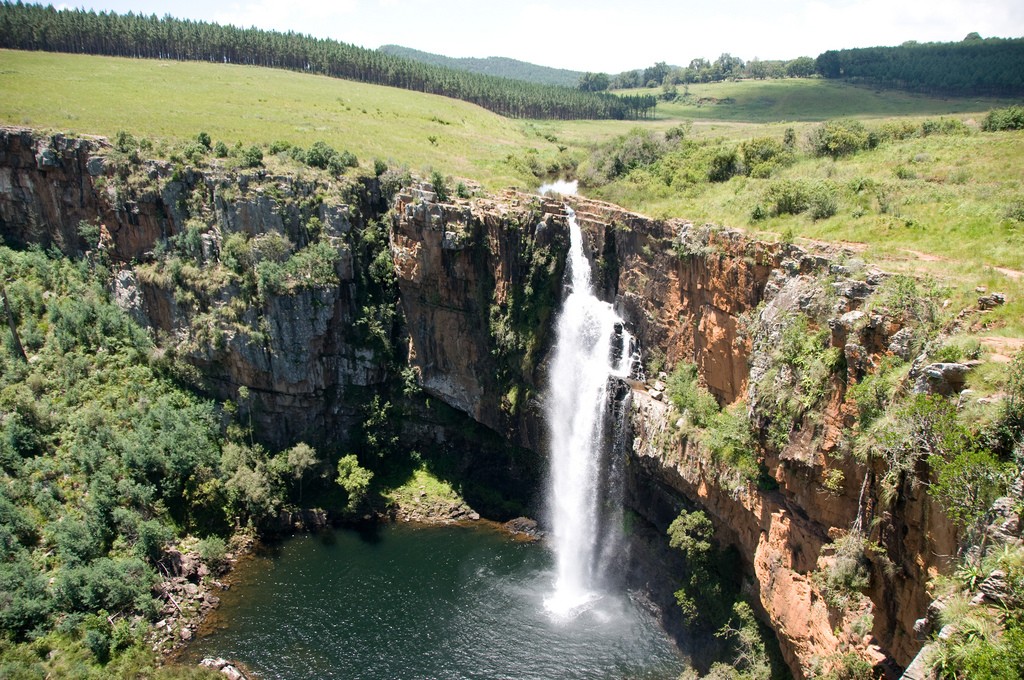 The Berlin Falls were named by German miners during the South African gold rush.